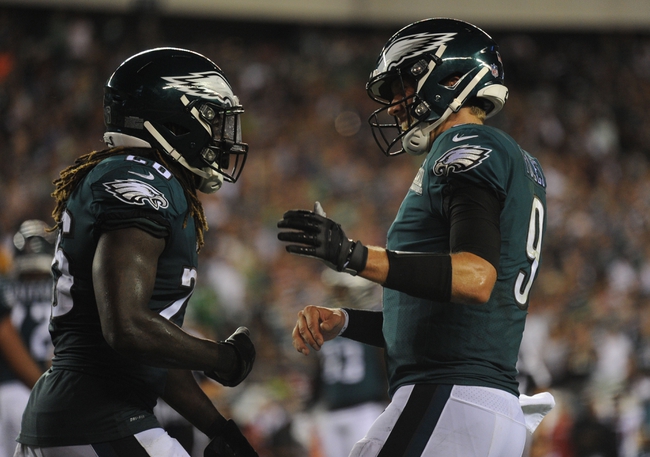 The Philadelphia Eagles and the Tampa Bay Buccaneers will be facing off at Raymond James Stadium in Week 2 NFL action on Sunday.

The Eagles come into this game at 1-0 on the young season following a Thursday-night win over the Falcons 18-12 way back on September 6. Philly was down 6-3 at halftime in that one but outscored Atlanta 15-6 in the second half.

Nick Foles had a sketchy first game for Philly, throwing for 117 yards and a pick, while Jay Ajayi put up 62 yards and two touchdowns to lead the rush. Zach Ertz was the Eagles’ top receiver on five catches for 48 yards.

Over on the Tampa side, they played in one of the wildest games of Week 1, outshooting the Saints in an offensive display 48-40. The Bucs withstood a late rally by the Saints, as New Orleans had the scoring advantage 16-7 in the fourth quarter.

Ryan Fitzpatrick went off at QB in Week 1 for the Buccaneers, tossing for 417 yards and four touchdowns. Mike Evans (147 yards; TD) and DeSean Jackson (146 yards; 2 TD) did most of the receiving damage for Tampa Bay.

The Eagles are breathing a sigh of relief getting out of that first game with a W, as they just didn’t look like a defending Super Bowl champion for most of the game—especially in the first half. Maybe Philly is shaking off the hangover, though. As for Tampa, no one expected them to come out and match the Saints’ best shots punch for punch, but they showed some previously unknown potential in that first game. I’m going to do something I would previously have thought crazy here and take Tampa for the cover.