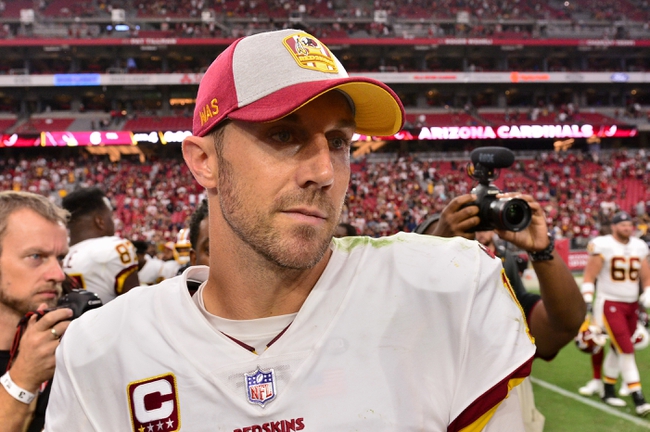 The Indianapolis Colts had five more first downs, gained 50 more yards and had the ball for five more minutes than the Bengals, but somehow lost by 11 points. Bad football teams find ways to lose by any means, and the Colts showed it yet again. I don't want to overreact to what the Redskins did week 1, but beating up on the Cardinals on the road is rather impressive. The Redskins defense showed serious potential and the offense looked balanced with two veterans in Peterson and Smith running the show. I don't have much trust in Gruden at head coach, but the Redskins could be a team worth keeping an eye on if they can bottle that performance in Arizona. I have no confidence in the Colts, especially on the road, until they show me something. I'll take the Redskins by a touchdown.