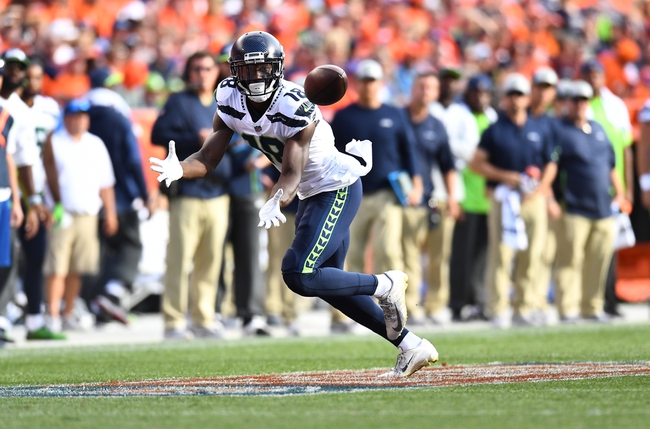 The Seattle Seahawks and the Chicago Bears meet in week 2 NFL action from Soldier Field on Monday Night Football.

The Seattle Seahawks will look to bounce back after narrowly falling to Denver in their season opener by a final score of 27-24. Russell Wilson threw for 298 yards, 3 touchdowns and 2 interceptions while Chris Carson led the Seahawks with 51 rushing yards. Will Dissly, Tyler Lockett and Brandon Marshall each had 3 receptions and a touchdown, with Dissly leading the pack with 105 receiving yards. Rashaad Penny led the Seahawks with 4 catches out of the backfield for 35 yards. Defensively, Bradley McDougald had a pair of interceptions, while Frank Clark added a sack and Tre flowers added a team-high 7 tackles in the losing effort.

The Chicago Bears will look to bounce back after letting one slip away in their season opener, falling to Green Bay by a final score of 24-23. Mitch Trubisky threw for 171 yards on 23 of 35 passing while Jordan Howard led the Bears’ ground attack with 15 carries for 82 yards in the game. Allen Robinson II led the Bears with 61 receiving yards while Jordan Howard and Taylor Gabriel each had a team-high 5 receptions. Khalil Mack made quite the impact with his new team on defense, becoming the first player in over 35 years with a sack, a forced fumble, a fumble recovery, an interception and a pick-six in the first half. Bryce Callahan also led the Bears’ D with 8 tackles in the losing effort.

I’m not overly concerned about the Seahawks as the offense still performed well, they just ran up against one of the stronger defensive units in the league. Chicago on the other hand, had a good thing going until they completely collapsed and forgot how to protect a lead. Losses like that tend to sting and can linger for weeks so I’ll take a shot with what I feel is the better offense and that’s Seattle.