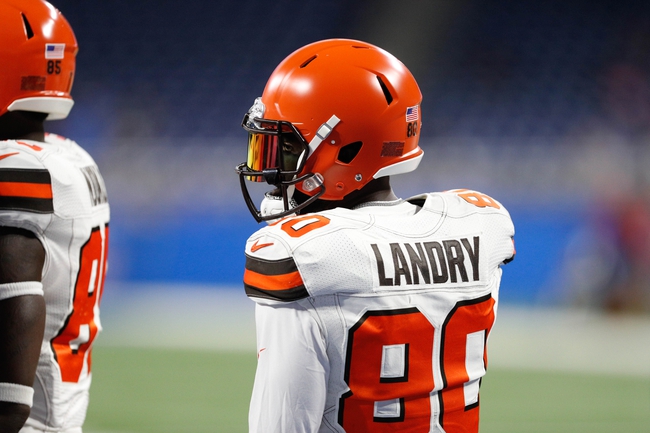 The New York Jets look to get a game above a .500 record with their second road victory of the season. The New York Jets have lost five of their last six road games. Sam Darnold is completing 66.1 percent of his passes for 532 yards, three touchdowns and three interceptions. Darnold enters this game with 62 career pass attempts under his belt. Quincy Enunwa and Terrelle Pryor have combined for 288 receiving yards and one touchdown while Bilal Powell has six receptions. The New York Jets ground game is averaging 105.5 yards per contest, and Isaiah Crowell leads the way with 137 yards and two touchdowns. Defensively, New York is allowing 18.5 points and 298 yards per game. Buster Skrine leads the New York Jets with 14 tackles, Jamal Adams has one sack and Darron Lee has two interceptions.

The Cleveland Browns are still looking for their first victory since Christmas Eve of 2016. The Cleveland Browns have just two home victories since October of 2015. Tyrod Taylor is completing 52.9 percent of his passes for 443 yards, two touchdowns and two interceptions. Taylor has one or less touchdown passes in each of his last nine games. Jarvis Landry and Rashard Higgins have combined for 260 receiving yards on 18 receptions while Antonio Callaway has three receptions. The Cleveland Browns ground game is averaging 135 yards per contest, and Carlos Hyde leads the way with 105 yards and two touchdowns. Defensively, Cleveland is allowing 21 points and 373.5 yards per game. Joe Schobert leads the Cleveland Browns with 16 tackles, Larry Ogunjobi has three sacks and Denzel Ward has two interceptions.

I laugh at bettors every year who consistently back the Cleveland Browns despite them losing both SU and ATS week after week and year after year. You're sitting on a mountain of cash if you've blindly faded the Browns the last two-plus years. This is the first time the Browns have been favored by at least three points since November of 2015. And with all that said, I'm laying  the field goal with the Browns, who could easily be 2-0 SU, as they tied with the Pittsburgh Steelers and should have won on the road against the New Orleans Saints. The Jets beat the Detroit Lions, but I have a feeling a lot of teams will be able to say that this season. Darnold is still a rookie at the end of the day and has many throws that could be intercepted. It's only a matter of time before the Browns get a bounce their way and a victory is produced. Based on what we've seen two weeks in against better teams, the Browns should be able to get the job done against a limited Jets team with a QB who is learning on the fly.