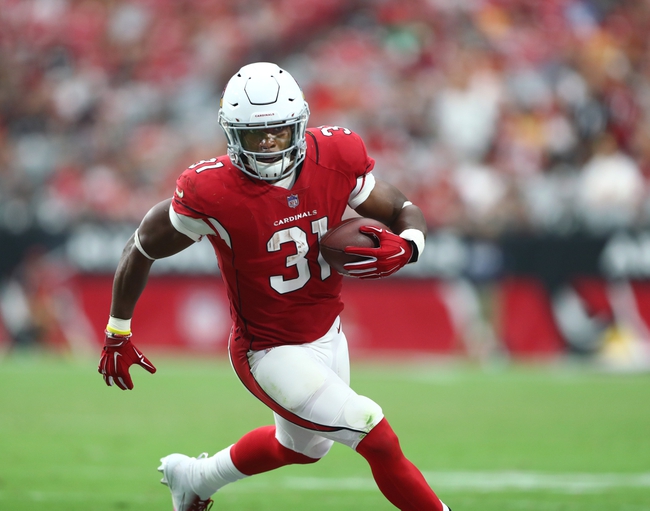 The Chicago Bears and Arizona Cardinals meet Sunday in NFL action at U of Phoenix Stadium.

The Chicago Bears look for their first road victory of the season to get a game above a .500 record. The Chicago Bears have lost five of their last six road games. Mitchell Trubisky is completing 69.5 percent of his passes for 371 yards, two touchdowns and two interceptions. Trubisky has two touchdown passes in his last three games. Allen Robinson and Jordan Howard have combined for 202 receiving yards on 22 receptions while Taylor Gabriel has nine receptions. The Chicago Bears ground game is averaging 112.5 yards per contest, and Howard leads the way with 117 yards on 29 carries. Defensively, Chicago is allowing 20.5 points and 323 yards per game. Danny Trevathan leads the Chicago Bears with 11 tackles, Khalil Mack has one sack and Prince Amukamara has one interception.

The Arizona Cardinals need a feel good victory here to prevent their first 0-3 start since the 2005 season. The Arizona Cardinals have won five of their last eight home games. Sam Bradford is completing 60.7 percent of his passes for 243 yards, zero touchdowns and two interceptions. Bradford has zero touchdown passes on his last 72 pass attempts. Larry Fitzgerald and Chase Edmonds have combined for 143 receiving yards on 19 receptions while Ricky Seals-Jones has seven receptions. The Arizona Cardinals ground game is averaging 61 yards per contest, and David Johnson leads the way with 85 yards and one touchdown. Defensively, Arizona is allowing 29 points and 430.5 yards per game. Antoine Bethea leads the Arizona Cardinals with 18 tackles, Benson Mayowa has two sacks and Patrick Peterson has one interception.

I wanted to take the points with the Arizona Cardinals, as the Chicago Bears are on a short week and are just 3-10-1 ATS in their last 14 games when favored by at least three points. However, the Cardinals have been god awful to start the season, scoring a combined six points in the first two games and being shutout in seven of the first eight quarters. There isn't a defense in the league that fears Bradford at quarterback and with a stacked box, Johnson can't really do much, even if he's the argubaly most talented running back in the league. The Bears defense has proven in a small sample size that it's a very impressive unit with an aggressive front seven, and there's no doubt Arizona's offensive struggles will continue. Trubisky is also slowly but surely gaining confidence and making more and more throws. I have no choice but to eat the chalk with the Bears on the road.