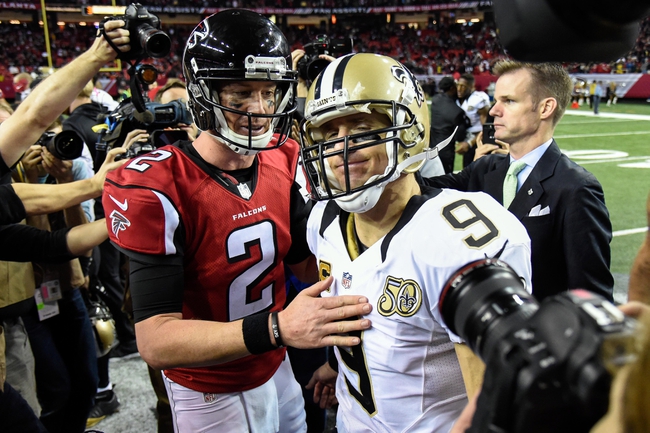 The Atlanta Falcons also look to get a game above a .500 record by remaining unbeaten at home. The Atlanta Falcons have won five of their last six home games. Matt Ryan is completing 62 percent of his passes for 523 yards, two touchdowns and two interceptions. Ryan has one or less touchdown passes in each of his last eight games. Julio Jones and Austin Hooper have combined for 316 receiving yards and one touchdown while Calvin Ridley has four receptions. The Atlanta Falcons ground game is averaging 122 yards per contest, and Tevin Coleman leads the way with 126 yards and one touchdown. Defensively, Atlanta is allowing 21 points and 335.5 yards per game. De'Vondre Campbell leads the Atlanta Falcons with 15 tackles, Brian Poole has two sacks and Ricardo Allen has one interception.

The Saints could easily be 0-2 SU this season, and they played two lesser teams on paper at home. The Falcons have looked sharp out the gate and would be unbeaten rather easily if they were able to finish a drive or two in Philly. The Saints and Falcons have split the last 10 meetings, but the home team has been on the winning side six times and has covered nine of the last 13 meetings. The Saints are 9-1-1 ATS in their last 11 road games as an underdog of at least three points. The Falcons have covered nine of their last 13 home games when favored by at least three points. The bottom line is the Falcons have been the sharper team and have beaten the Saints in three of the last four times they met in Atlanta. The Saints have some showing and proving to do before I can get behind them and their subpar start. Give me the Falcons at home and the cheap chalk.