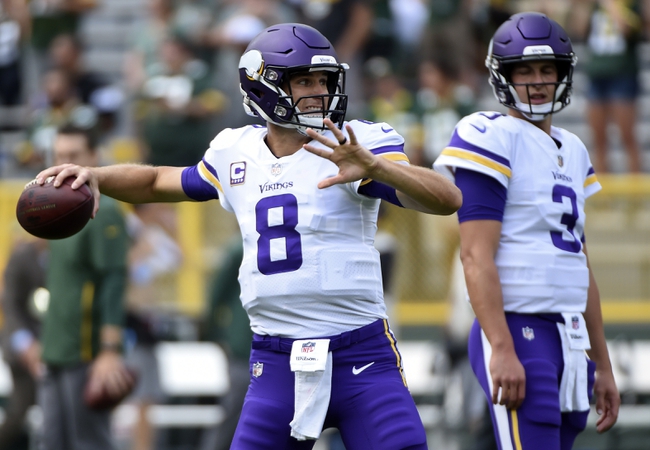 The Buffalo Bills look for their first victory of the season to prevent an 0-3 start for the first time since 2010. The Buffalo Bills have lost five of their last seven road games. Josh Allen is completing 50 percent of his passes for 319 yards, one touchdown and two interceptions. Allen and Nathan Peterman have combined for 343 passing yards, one touchdown and four interceptions this season. Zay Jones and Logan Thomas have combined for 120 receiving yards on seven receptions while Chris Ivory has one reception. The Buffalo Bills ground game is averaging 83.5 yards per contest, and LeSean McCoy leads the way with 61 yards on 16 carries. Defensively, Buffalo is allowing 39 points and 359 yards per game. Lorenzo Alexander leads the Buffalo Bills with 15 tackles, Tremaine Edmunds has one sack and Phillip Gaines has one pass deflection.

The Buffalo Bills are simply an awful football team right now and there's no getting around it. I doubt anything changes with their quarterback situation on the road against one of the best, most aggressive defenses in the league. Cousins is also starting to get comfortable with his new offense, so the Vikings are quickly becoming a confident, balanced football team. The Minnesota Vikings are 7-1-1 ATS in their last nine games as a double-digit favorite. The Buffalo Bills have covered just two of their last seven games as a double-digit underdog. Everybody knows I'm not the chalk guy and try my best to avoid monster numbers whenever I can. I honestly wouldn't touch this game, but if forced to pick, I'm more confident in a Vikings' blowout than I am in the Bills hanging around. The Bills have shown us little to nothing two games into the season and are playing the best team they've faced yet.