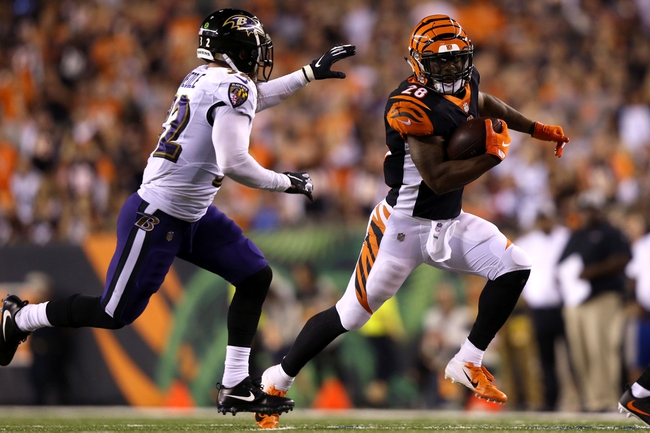 The Cincinnati Bengals and the Carolina Panthers lock up in week 3 NFL action from Bank of America Stadium on Sunday afternoon.

The Cincinnati Bengals will be looking to build on a pair of 34-23 wins to start the season 2-0, including a win over Baltimore in last week’s instalment of Thursday night football. Andy Dalton has completed 64.3% of his 70 pass attempts for 508 yards, 6 touchdowns and an interception while Joe Mixon has racked up a team-high 179 yards rushing. A.J. Green leads the Bengals receiving corps with 11 catches for 161 yards and 4 touchdowns while Tyler Boyd has added 117 receiving yards to the cause. Geno Atkins leads the Bengals defence with 3 sacks while Nick Vigil leads Cincinnati with 17 tackles this season. As a team, Cincinnati is averaging 351.5 yards of total offense per game in addition to the 4th-most points per game with 34 per contest this season. The Bengals also own the NFL’s 3rd-tightest rush defence, giving up just 70.5 rushing yards per game this season.

The Carolina Panthers will look to bounce back after falling back to .500 at 1-1 thanks to a 31-24 loss to Atlanta in their last outing. Cam Newton has completed 69% of his 71 pass attempts for 496 yards, 3 touchdowns and an interception while also leading Carolina’s ground attack with 18 carries for 100 yards this season. Christian McCaffrey leads Carolina in receiving out of the backfield with 20 catches for 147 yards while Devin Funchess has 10 catches for 118 yards. Defensively, Kawann Short has a pair of sacks and Luke Kuechly leads the Panthers with 19 tackles this season. As a team, Carolina is averaging 366 yards of total offense per game, including the 5th-best rushing mark per game this season with 134 yards per game in addition to 20 points per game. The Panthers are also in the top-10 in pass defence and points against with 205 yards passing and 19.5 points per game against respectively this season.

You have a strong rushing offense in Carolina going against a superb rush defence in Cincinnati, and more often than not, defence tends to win out. It baffles me how Cincinnati gets no love from oddsmakers after how they’ve performed in the first two weeks of the season. Yes, the Bengals have allowed 23 points, but they put up 34 on a solid Ravens defence and rallied from 13 points down in their season opener on the road against the Colts with 24 unanswered points in the 2nd half. I think the Bengals are the team to beat in the AFC North this season and I think they improve to 3-0 with a solid road win over Carolina, but I’ll take the points just as a safety net.