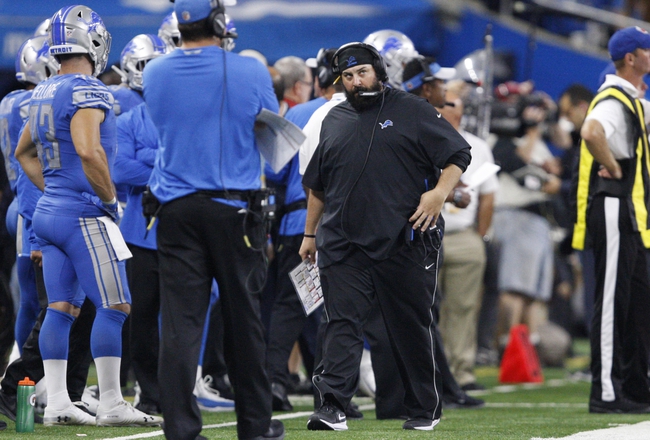 The Detroit Lions could use a feel good victory here to avoid an 0-3 start for the second time in the last four years. The Detroit Lions have lost five of their last eight home games. Matthew Stafford is completing 61.6 percent of his passes for 633 yards, four touchdowns and four interceptions. Stafford has seven touchdown passes in his last three games. Kenny Golladay and Golden Tate have combined for 391 receiving yards and two touchdowns while Marvin Jones Jr. has eight receptions. The Detroit Lions ground game is averaging 68.5 yards per contest, and Kerryon Johnson leads the way with 60 yards on 13 carries. Defensively, Detroit is allowing 39 points and 347.5 yards per game. Tavon Wilson leads the Detroit Lions with 12 tackles, Devon Kennard has three sacks and Quandre Diggs has one interception.

The New England Patriots aren't these unbeatable Super Bowl contenders the way many make them out to be, but there's no way I'm backing the Lions in any shape or form. One, Stafford has a brutal prime time record and Monday's game against the Jets didn't help that narrative. You know Bill Belichick will be eager to stick it to his former assistant coach and knows all of his defensive secrets. The Patriots have also followed eight of their last 10 losses with a victory of at least nine points. The New England Patriots have covered nine of their last 11 games when a favorite of at least six points. The Detroit Lions are 5-11-1 ATS in their last 17 games when an underdog of at least six points. This has nothing to do with the Patriots being great, it's more of a fade from a bad Lions team that never shows up under the bright lights. Give me the Pats by a touchdown...