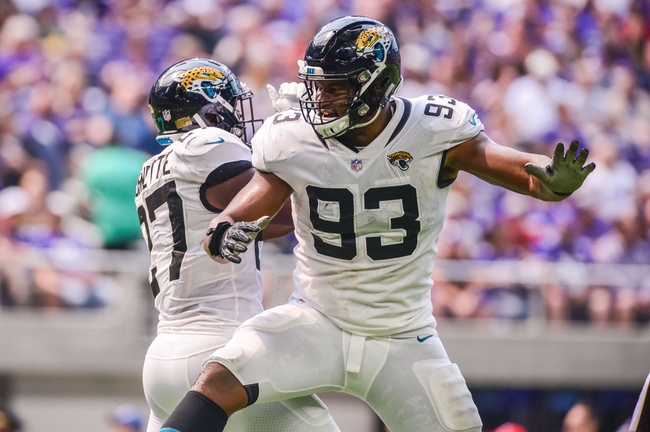 The Tennessee Titans have won four of the last five games against the Jacksonville Jaguars, so getting a free touchdown does have some value. Well, that is until you notice that Marcus Mariota is still questionable with an elbow injury and many offensive linemen for the Titans are also dealing with injuries. Guys such as Taylor Lewan, Jack Conklin and Dennis Kelly are all questionable for Tennessee, and that's the last thing you want when facing one of the more talented defenses this league has ever seen. Whether Mariota is on the field or not, having a banged up and shaky offensive line is only going to produce a blood bath for the visiting team. The Jacksonville Jaguars are too elite defensively, so this is a possible nightmare situation for the Titans. I have no choice but to take the Jags by a touchdown.