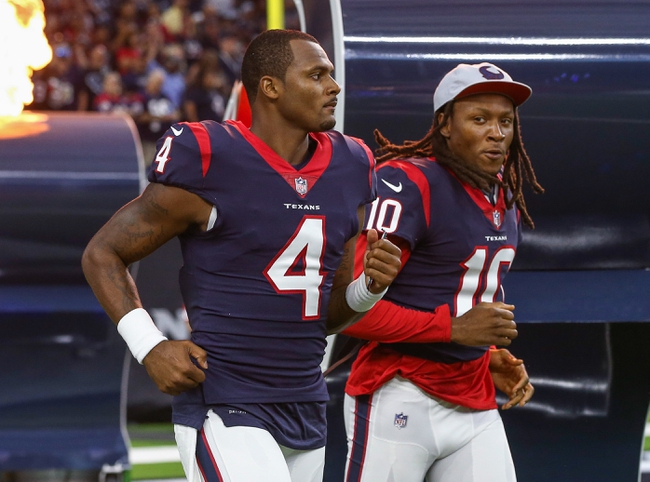 The New York Giants look for their first win of the season to prevent back-to-back 0-3 starts to a season. The New York Giants have lost each of their last five road games. Eli Manning is completing 69.1 percent of his passes for 503 yards, one touchdown and one interception. Manning has one or less touchdown passes in seven of his last eight games. Odell Beckham Jr. and Saquon Barkley have combined for 264 receiving yards on 31 receptions while Evan Engram has nine receptions. The New York Giants ground game is averaging 74.5 yards per contest, and Barkley leads the way with 134 yards and one touchdown. Defensively, New York is allowing 20 points and 301.5 yards per game. Janoris Jenkins leads the New York Giants with 13 tackles, Kerry Wynn has 0.5 sacks and Eli Apple has two pass deflections.

The Houston Texans are also looking for their first win of the season to prevent an 0-3 start for the first time since 2008. The Houston Texans have lost four of their last six home games. Deshaun Watson is completing 59.1 percent of his passes for 486 yards, three touchdowns and two interceptions. Watson has two or more touchdown passes in six of his last seven games. DeAndre Hopkins and Will Fuller V have combined for 302 receiving yards and two touchdowns while Bruce Ellington has seven receptions. The Houston Texans ground game is averaging 157.5 yards per contest, and Lamar Miller leads the way with 166 yards on 34 carries. Defensively, Houston is allowing 23.5 points and 336 yards per game. Zach Cunningham leads the Houston Texans with 16 tackles, D.J. Reader has two sacks and Tyrann Mathieu has one interception.

The Houston Texans should be much more comfortable at home than they were starting the season with back-to-back road games, and Watson looked like he's starting to get his feet under him since returning from injury. I backed the New York Giants twice this season in games I said they should probably win outright, and they fell flat on their face both times. Eli Manning is a shell of a shell of himself, the offensive line doesn't protect and the defense has holes as well. The Giants simply aren't a good football team, and I'm not going to be fooled for a third time. The Houston Texans are also 7-4 ATS in their last 11 games when favored by at least four points. I'll take the Texans by a touchdown here, more of a fade from the Giants than anything else.