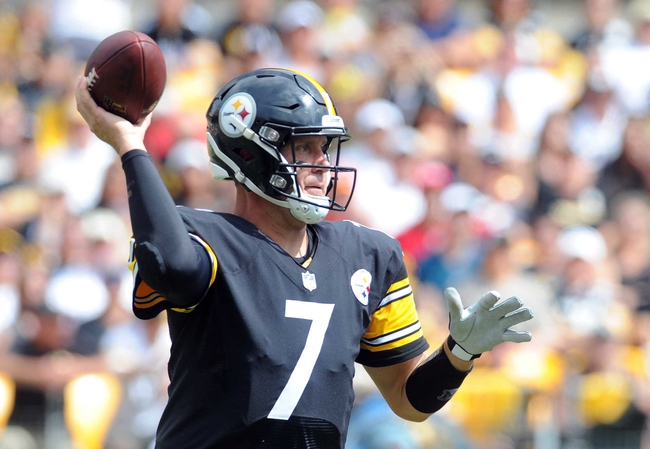 The Pittsburgh Steelers and the Tampa Bay Buccaneers will match up at Raymond James Stadium on “Monday Night Football” in NFL Week 3 action September 24.

The Steelers are currently sitting at 0-1-1 so far. Pittsburgh started things out with a tense 21-21 tie (that would have been a loss if not for a missed field goal in OT) against the Browns, and a 42-37 defeat at the hands of Kansas City in Week 2.

In that Chiefs loss, Steelers QB Ben Roethlisberger tossed for 452 yards and three scores (with another on the ground), while Jesse James led the receivers on 138 yards and a TD from five grabs. James Conner led a meager Pitt rush with 17 yards and a TD on eight carries.

Over on the Bucs’ side, they’re cruising at 2-0 on the young season. Tampa won a shootout 48-40 versus the Saints in Week 1, then beat the defending champion Eagles 27-21 in their Week 2 matchup.

In the Philly game, Buccaneers QB Ryan Fitzpatrick tossed for 402 yards, four TDs and one pick, while DeSean Jackson led the receivers with 129 yards and a TD on four grabs. Peyton Barber was the top rusher with 16 carries for just 22 yards.

It’s pretty safe to say that no one saw either of these teams sitting where they are at this point when the season started. Fitzpatrick has been a revelation for the Tampa offense, and Pittsburgh is sorely missing the fiery Le’Veon Bell (not to mention the fact that their defense kind of stinks). If you’re a pessimist—or even a realist—you’re waiting for Fitzpatrick to revert back to form. As for Pitt, they’ve got too many veteran playmakers to be this bad. I’m begrudgingly taking the Steelers here, but it’s probably one to stay away from.