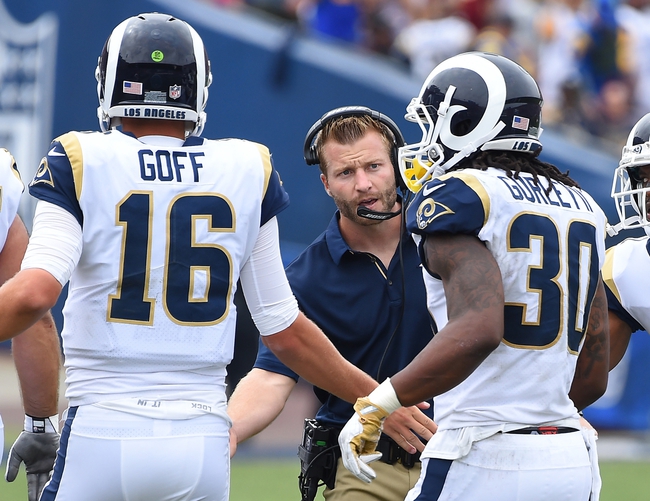 The Minnesota Vikings could use a statement road victory here to rebound from an odd 1-1-1 start to the NFL season. The Minnesota Vikings haven’t lost back-to-back regular season games since December of 2016. Kirk Cousins is completing 68.3 percent of his passes for 965 yards, seven touchdowns and two interceptions. Cousins has two or more touchdown passes in seven of his last 10 games. Adam Thielen and Stefon Diggs have combined for 526 receiving yards and four touchdowns while Kyle Rudolph has 13 receptions. The Minnesota Vikings ground game is averaging 66 yards per contest, and Dalvin Cook leads the way with 78 yards on 26 carries. Defensively, Minnesota is allowing 24 points and 323.3 yards per game. Harrison Smith leads the Minnesota Vikings with 20 tackles, Danielle Hunter has three sacks and Xavier Rhodes has one interception.

The Minnesota Vikings are coming off the worst loss of the season for any team, and they're one of the more banged up teams in the league. On the other side, the Los Angeles Rams have two banged up starting cornerbacks in Aqib Talib and Marcus Peters. Health is key for these Thursday night games and both sides will be dealing with a roster shake up. As for the game itself, I'm not ready to bail on the Vikings because of one poor performance, as they're still one of the more talented teams in the league and have the athletic, aggressive defense to slow down this explosive Rams offense. The Minnesota Vikings have covered 13 of their last 17 games when an underdog of at least three points. The Los Angeles Rams have covered seven of their last nine games when a favorite of at least three points. The bottom line is I like to side with free points in these weird Thursday night games, and it just so happens we're getting nearly a free touchdown with a legit Super Bowl contender. Even on the road, I'm not sure how you pass that up.