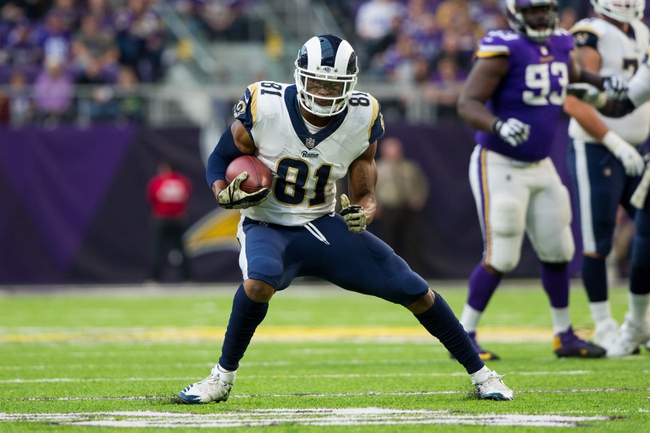 The Minnesota Vikings will look to bounce back from their first loss of the season in the form of a humiliating 27-6 loss at the hands of the Buffalo Bills in their last outing. Kirk Cousins has thrown for 965 yards in completing 68.3% of his 139 pass attempts for 7 touchdowns and 2 interceptions. Dalvin Cook leads Minnesota in rushing with 78 yards while Adam Thielen leads the Vikings receivers with 32 catches for 338 yards and Stefon Diggs has a team-leading 3 receiving TDs. On defense, Danielle Hunter leads the Vikings with 3 sacks, while Harrison Smith has a pair of sacks, an interception and a team-high 16 tackles. As a team, Minnesota is averaging 371.7 yards of total offense including the 5th-most passing yards per game at 305.7 per contest to go along with 19.7 points per game.

The Los Angeles Rams will look to build on their solid 3-0 start after a 35-23 win over the Los Angeles Chargers in their last outing. Jared Goff has thrown for 941 yards, 6 touchdowns and 2 picks on 70.3% passing while Todd Gurley II has 255 rushing yards and 4 touchdowns this season. Brandin Cooks and Robert Woods share the team lead with 19 catches with Cooks having a team-high 336 yards while Woods has 2 touchdowns. On defense, Cory Littleton leads the Rams with 19 tackles and an interception while four different Rams have one sack this season. As a team, the Rams are one of the top teams on both sides of the ball, ranking 3rd in the NFL in total yardage and points per game with 439.3 yards and 34 points respectively and 4th in the league, averaging 305.7 yards through the air as well. The Rams’ D has also allowed just 12 points per game through three outing, the fewest in the league to this point.

I have no doubts that the Vikings will bounce back and be a team to watch at some point, but right now the team to watch out for is the Los Angeles Rams. The Rams are doing it all on both sides of the football right now, and I just can’t trust the Vikings after losing by 21 points as a 17-point favorite against the god-awful Bills. The Rams have scored 34 and 35 points in their first two home games this year and I expect them to around that mark again. On a short turnaround with Minnesota having to travel across the country, I like the Rams in a blowout, so I’ll lay the touchdown with L.A. here.