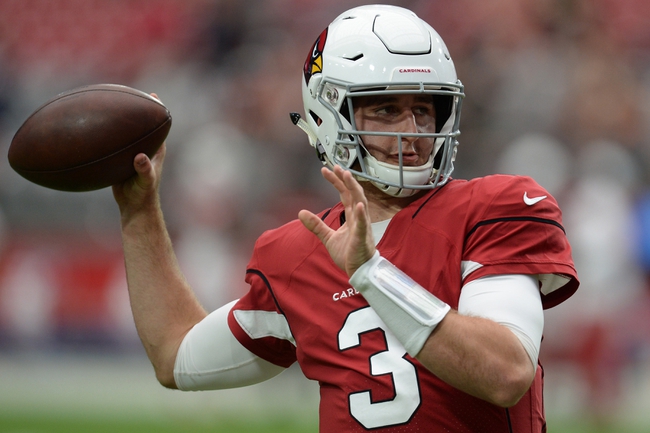 The Seattle Seahawks and Arizona Cardinals meet Sunday in NFL action at U of Phoenix Stadium.

The Seattle Seahawks look for their first road victory of the season to get back to a .500 record. The Seattle Seahawks have won five of their last eight road games. Russell Wilson is completing 60 percent of his passes for 716 yards, seven touchdowns and three interceptions. Wilson has two or more touchdown passes in 13 of his last 14 games. Tyler Lockett and Will Dissly have combined for 347 receiving yards and five touchdowns while Brandon Marshall has nine receptions. The Seattle Seahawks ground game is averaging 83.7 yards per contest, and Chris Carson leads the way with 177 yards and one touchdown. Defensively, Seattle is allowing 21.3 points and 348 yards per game. Earl Thomas leads the Seattle Seahawks with 18 tackles, Frank Clark has three sacks and Bradley McDougald has two interceptions.

The Arizona Cardinals look for their first victory of the season to prevent an 0-4 start, which would be one of the worst in franchise history. The Arizona Cardinals have split their last eight home games. Josh Rosen is completing 57.1 percent of his passes for 36 yards, zero touchdowns and one interception. Rosen will make the start with just seven career pass attempts under his belt. Christian Kirk and Larry Fitzgerald have combined for 234 receiving yards on 32 receptions while Ricky Seals-Jones has eight receptions. The Arizona Cardinals ground game is averaging 58.3 yards per contest, and David Johnson leads the way with 116 yards and one touchdown. Defensively, Arizona is allowing 24.7 points and 392.3 yards per game. Josh Bynes leads the Arizona Cardinals with 27 tackles, Benson Mayowa has two sacks and Patrick Peterson has one interception.

The Arizona Cardinals are head and shoulders the worst offensive team in the league, as they're averaging just 190.3 yards per game and 6.7 points. While I was high on Rosen coming out of the draft and think he has the goods to be something eventually, he didn't play well in the few attempts he had last week and is being thrown into the lions den for his first career start. I'm not sure the Seattle Seahawks figured everything out last week against the Dallas Cowboys, but the defense looked better and more aggressive, kind of like the Seahawks defense of old. That Seattle unit has to be licking its chops getting a rookie quarterback with almost zero game experience under his belt. The fact this line is so small seems like an absolute gift. If the Seahawks can't win this game comfortably, their issues are even bigger than we previously thought.