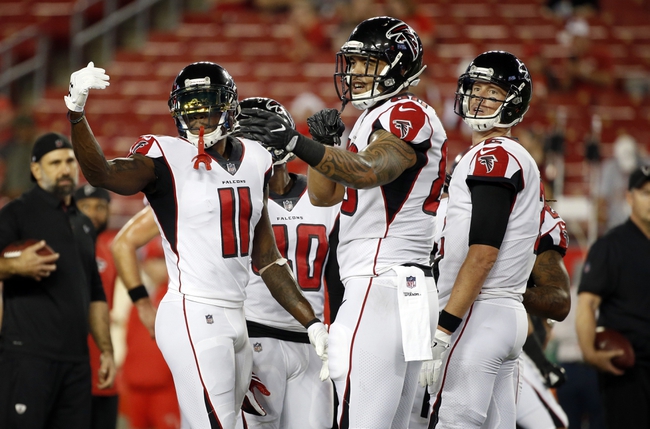 The Atlanta Falcons hope to avoid back-to-back losses for the first time since last October while getting back to a .500 record. The Atlanta Falcons have won five of their last seven home games. Matt Ryan is completing 66 percent of his passes for 897 yards, seven touchdowns and two interceptions. Ryan is coming off a five passing touchdown performance, which was a career high for the 2016 MVP. Julio Jones and Calvin Ridley have combined for 539 receiving yards and four touchdowns while Austin Hooper has 11 receptions. The Atlanta Falcons ground game is averaging 97.3 yards per contest, and Tevin Coleman leads the way with 159 yards and one touchdown. Defensively, Atlanta is allowing 28.3 points and 401.7 yards per game. Brian Poole leads the Atlanta Falcons with 23 tackles, Takkarist McKinley has two sacks and Ricardo Allen has one interception.

Both the Bengals and Falcons are banged up heading into this game, especially Atlanta, who seems to lose a starting defensive player every week. With that said, the Falcons offense has really picked up the last two weeks, and Ryan is coming off possibly the best game of his career. Even with the loss last week, the Falcons are 18-2 SU in their last 20 regular season games when scoring at least 20 points. The Atlanta Falcons have covered three of their last four games when favored by at least four points. We saw Dalton last week return to Dalton of old with all of the turnovers, and the pressure will continue to be on him with Joe Mixon sidelined. Even with the Falcons defense limited, I'm not confident in Dalton being able to keep up with the Falcons and all of these weapons. The Falcons continue to score by the boatload and get a much needed bounce back victory.