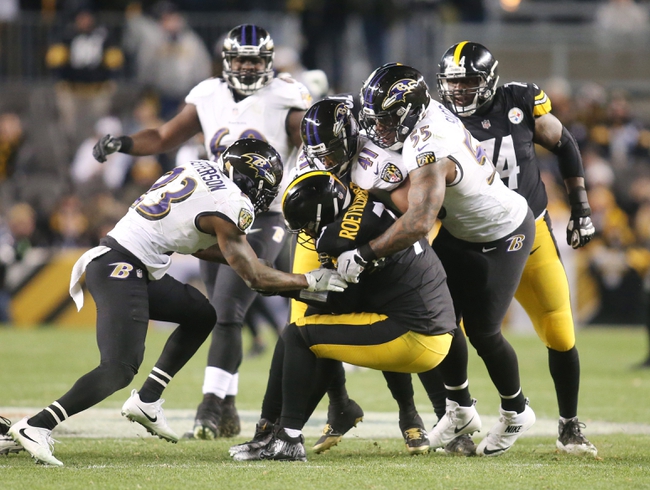 Ravens and Steelers games are physical and usually close, as four of the last six meetings have been decided by four or less points. That's probably why many are backing the Ravens and the free field goal, but I like the Steelers here. The Pittsburgh Steelers showed signs of life and energy in Tampa Bay and pretty much had that game won in the first half before allowing a big second half comeback that wasn't really necessary. Roethlisberger was more consistent through the air and the running game came away with big plays down the stretch. The Ravens have arguably the best defense three weeks into the season, but the Ravens are always good defensively, and that hasn't stopped the Steelers from averaging 32 points against them in the last three meetings. The Steelers make a statement Sunday night. I'll eat the chalk.

The pick in this article is the opinion of the writer, not a Sports Chat Place site consensus.
Previous Pick
Los Angeles Chargers vs. San Francisco 49ers - 9/30/18 NFL Pick, Odds, and Prediction
Next Pick
NFL Podcast: Week 4 2018 NFL Free Picks