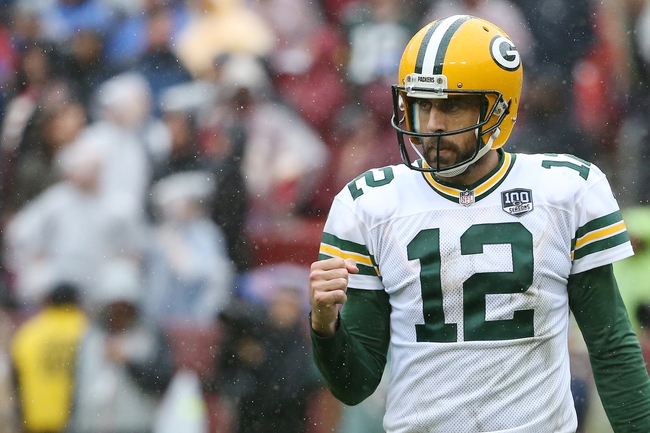 The Buffalo Bills look for their second road victory of the season to get back to a .500 record. The Buffalo Bills have lost five of their last eight road games. Josh Allen is completing 55.7 percent of his passes for 515 yards, two touchdowns and two interceptions. Allen and Nathan Peterman have combined for 539 passing yards, two touchdowns and four interceptions this season. Zay Jones and Chris Ivory have combined for 206 receiving yards on 10 receptions while Kelvin Benjamin has six receptions. The Buffalo Bills ground game is averaging 98.3 yards per contest, and Allen leads the way with 97 yards and two touchdowns. Defensively, Buffalo is allowing 28 points and 336.7 yards per game. Tremaine Edmunds leads the Buffalo Bills with 24 tackles, Jerry Hughes has two sacks and Matt Milano has one interception.

I'm not laying big chalk with the Green Bay Packers due to the injury to Rodgers and the fact he's not capable of being himself at the moment. I'm also not touching the Buffalo Bills after what they did last week on the road to the Minnesota Vikings, as that could have been a fluke or a team that found itself a bit and is ready for its defense to take the lead. Instead, I'm going to side with the over. All three of the Packers games have produced at least 47 points and two of the Bills three games have produced 50 or more points. The Packers always put points on the board at home, and their defense isn't the best in the world. In fact, the over has hit in 21 of the Packers last 26 games. I'll side with over the total with the low line.