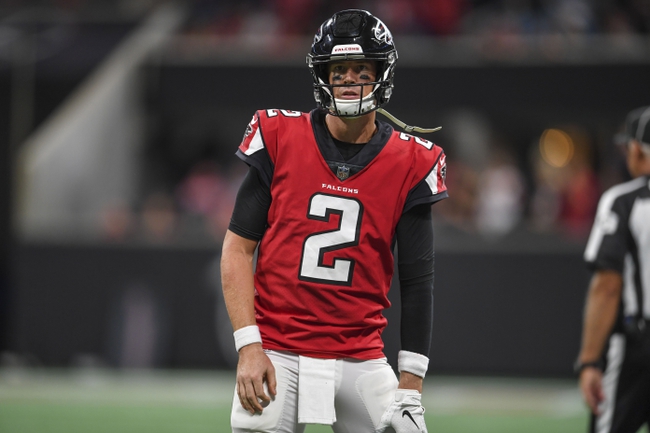 The Cincinnati Bengals and the Atlanta Falcons will meet up at Mercedes-Benz Stadium on Sunday in NFL action.

The Bengals are coming into this one with a 2-1 record so far. Cincinnati took out the Colts 34-23 in the opener, then got a W versus their rival Ravens 34-23 before falling to the Panthers 31-21 their last time up.

In that Carolina game, Bengals QB Andy Dalton posted 352 yards with two TDs but also had four picks. Giovani Bernard led the Cincinnati rush with 61 yards and a score while Tyler Boyd had six grabs for 132 yards and one TD.

Over on the Falcons’ side, they’re sitting at 1-2 thus far. Atlanta’s Week 1 game was an 18-12 loss to the Eagles, followed up by a 31-24 victory over the Panthers. The Falcons’ most recent appearance against the Saints ended up a 43-37 OT defeat.

In the New Orleans game, Atlanta QB Matt Ryan logged 374 yards and five touchdowns, while Tevin Coleman led an anemic rush with 15 carries for 33 yards. Calvin Ridley had a great day for the Falcons with 146 yards and three scores from seven catches.

Cincinnati is starting things out a little better than I had anticipated, and their offense seems to be humming along with contributions from several different players. That said, Cincinnati is still giving up a lot of points.

The same argument can be made for the Falcons, but it’s tough for anyone to contain the Saints offense when they’re running smoothly, and otherwise they haven't been too bad on that side of the ball.

All things considered, the line has come down some so I have to go with the Falcons in a comfy home game here.