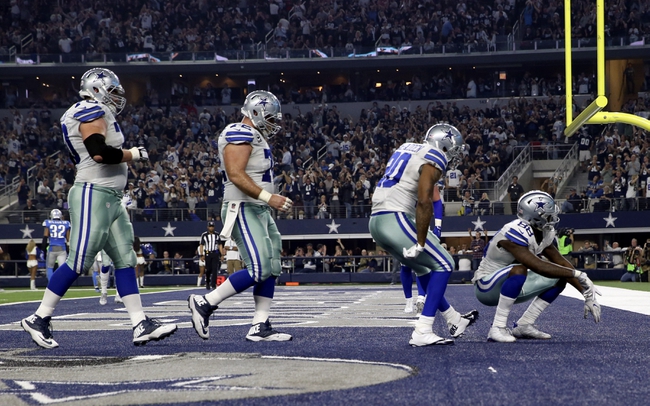 The Detroit Lions look for their first road victory of the season to get back to a .500 record. The Detroit Lions have split their last eight road games. Matthew Stafford is completing 65.2 percent of his passes for 895 yards, six touchdowns and five interceptions. Stafford has two or more touchdown passes in four of his last six games. Golden Tate and Kenny Golladay have combined for 513 receiving yards and three touchdowns while Marvin Jones Jr. has 12 receptions. The Detroit Lions ground game is averaging 98.7 yards per contest, and Kerryon Johnson leads the way with 161 yards on 29 carries. Defensively, Detroit is allowing 29.3 points and 301.3 yards per game. Tavon Wilson leads the Detroit Lions with 15 tackles, Devon Kennard has three sacks and Quandre Diggs has one interception.

The Dallas Cowboys look for their second home victory of the season to get back to a .500 record. The Dallas Cowboys have lost five of their last eight home games. Dak Prescott is completing 61.4 percent of his passes for 498 yards, two touchdowns and two interceptions. Prescott has one or less touchdown passes in each of his last six games. Cole Beasley and Deonte Thompson have combined for 215 receiving yards on 21 receptions while Tavon Austin has five receptions. The Dallas Cowboys ground game is averaging 132.7 yards per contest, and Ezekiel Elliott leads the way with 274 yards and two touchdowns. Defensively, Dallas is allowing 17.7 points and 281 yards per game. Jaylon Smith leads the Dallas Cowboys with 22 tackles, DeMarcus Lawrence has 2.5 sacks and Anthony Brown has two pass deflections.

These are two teams I'm still trying to figure out, as the Lions were badly outplayed in their first two games and then beat the hell out of the Patriots. Was that a sign of things to come or did it simply have more to do with Matt Patricia knowing everything about the New England players? The Dallas Cowboys look much improved defensively, but that offense is extremely questionable, as the offensive line seems to have taken a step back and there isn't a single receiver capable of emerging to help out Prescott. If forced to pick, I'm backing the Cowboys and the reasonable chalk. I have more questions about the Lions than I do the Cowboys, and that Dallas running game seems to come to life when playing at AT&T Stadium. We also can't ignore that the Detroit Lions are dead last in rush defense, which isn't good when going up against Ezekiel Elliott, who seems due for a breakout performance. I'll side with the Cowboys.