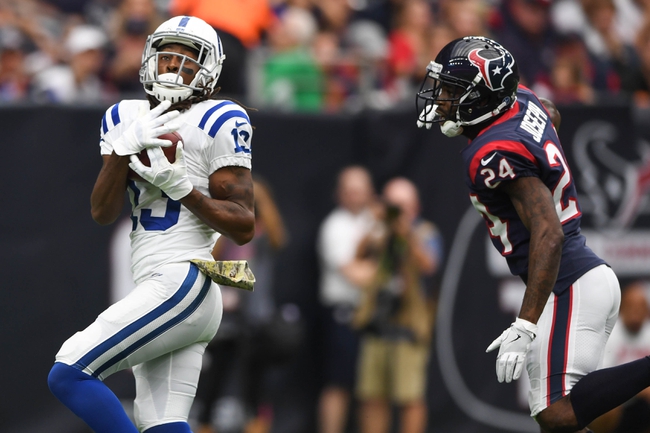 The Houston Texans take to the road for the third time this season and hope to avoid their first 0-4 start since 2008. The Houston Texans have lost nine straight road games. Deshaun Watson is completing 59.4 percent of his passes for 871 yards, five touchdowns and three interceptions. Watson has two or more touchdown passes in seven of his last eight games. DeAndre Hopkins and Will Fuller V have combined for 488 receiving yards and three touchdowns while Bruce Ellington has eight receptions. The Houston Texans ground game is averaging 124.7 yards per contest, and Lamar Miller leads the way with 176 yards on 44 carries. Defensively, Houston is allowing 24.7 points and 350.3 yards per game. Kareem Jackson leads the Houston Texans with 23 tackles, J.J. Watt has three sacks and Tyrann Mathieu has one interception.

The Houston Texans started the season as a dark horse Super Bowl contender, but let's just say things haven't exactly panned out as expected. However, the good news is the Texans lost the three games by a combined 15 points and Watson has improved his play each week. The Indianapolis Colts are off to a shaky start as well, and Luck still looks rusty. Only the Arizona Cardinals are averaging fewer yards per pass attempt this season. The Colts have won 10 of the last 15 games against the Texans and have won 10 of the last 12 meetings at Lucas Oil Stadium. So while the Colts should probably be the favorite here, I still feel the Texans are the better football team from a talent standpoint. The Texans defense still does a good job of getting after the quarterback and it's only a matter of time before Houston starts scoring points as Watson gets more and more comfortable. I'm seeing free points with the better team, so I'm going to take the Texans in this contest.