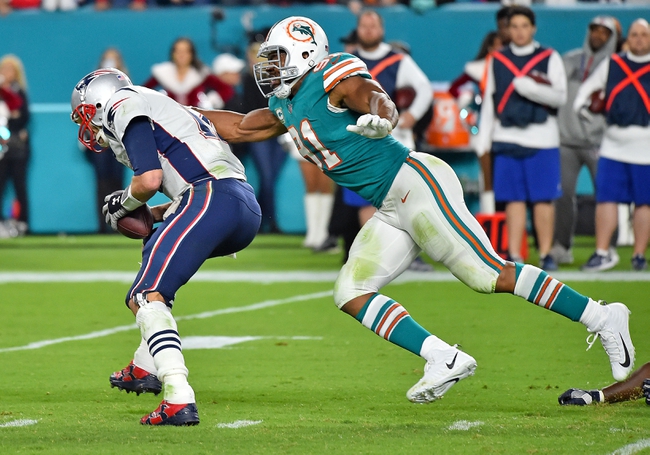 The Miami Dolphins look for an improbable 4-0 start to the season to take complete control of the AFC East. The Miami Dolphins have lost five of their last six road games. Ryan Tannehill is completing 73 percent of his passes for 687 yards, seven touchdowns and two interceptions. Tannehill has two or more touchdown passes in seven of his last eight games. Kenny Stills and Albert Wilson have combined for 326 receiving yards and five touchdowns while Jakeem Grant has nine receptions. The Miami Dolphins ground game is averaging 98.7 yards per contest, and Kenyan Drake leads the way with 104 yards and one touchdown. Defensively, Miami is allowing 17.3 points and 377.3 yards per game. Kiko Alonso leads the Miami Dolphins with 34 tackles, Robert Quinn has one sack and Xavien Howard has three interceptions.

While the national media isn't giving the Miami Dolphins much credit saying they haven't played anybody, they're playing some good football on both sides. Tannehill has become a difference maker at quarterback and is spreading the ball around, while the Dolphins defense has created seven interceptions and six sacks. The Dolphins are a balanced football team at the moment. The New England Patriots don't look like themselves at all, as the defense continues to get gashed and Brady doesn't have a receiver who can get open. Teams are doubling Gronkowski and forcing other receivers to beat them, and it hasn't worked yet. The Dolphins have a history of playing the Pats close and have won four of the last nine meetings outright. Based on what we've seen a few weeks into the season, I have to side with the Dolphins and the points here.