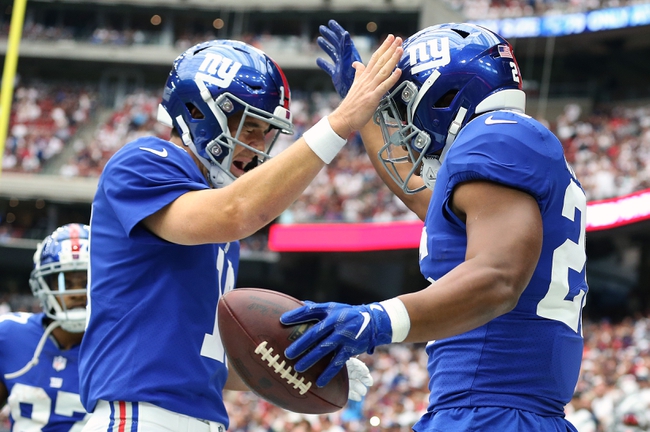 The New York Giants look for a statement NFC victory to get back to a .500 record and save their season. The New York Giants have lost six of their last eight home games. Eli Manning is completing 73.6 percent of his passes for 800 yards, three touchdowns and one interception. Manning has one or less touchdown passes in seven of his last nine games. Odell Beckham Jr. and Sterling Shepard have combined for 423 receiving yards and one touchdown while Saquon Barkley has 21 receptions. The New York Giants ground game is averaging 87.7 yards per contest, and Barkley leads the way with 216 yards and two touchdowns. Defensively, New York is allowing 20.7 points and 343.3 yards per game. Alec Ogletree leads the New York Giants with 18 tackles, Lorenzo Carter has one sack and Janoris Jenkins has one interception.

The New York Giants are one of those teams I just can't figure out, as they lose when I pick them to win and win when I pick them to lose. It would be nice if the real Giants decided to stand up. The New Orleans Saints have been deadly offensively thanks to Brees playing out of his mind, but you have to be concerned with that New Orleans defense. The Saints are 30th in total yards allowed per game and dead last in points allowed per game by at least 3.3 more points. It's been ugly and eventually it's going to catch up to the Saints if it doesn't improve quickly. The Giants have the explosive offensive weapons to take advantage of those Saints defensive issues, and playing at home should also help. In what's likely going to be another back and forth contest, I feel more confident having free points in my pocket.