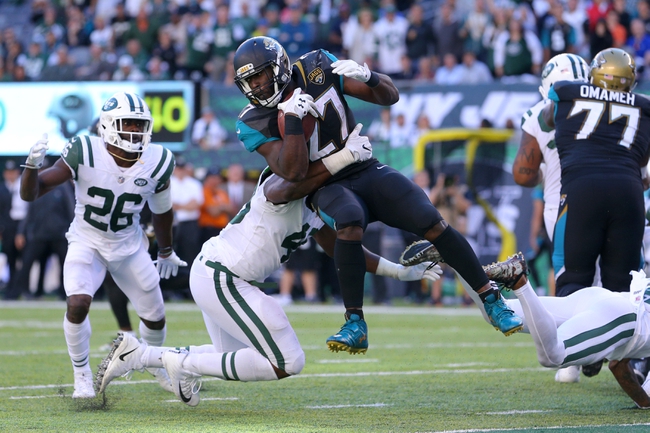 The New York Jets will visit the Jacksonville Jaguars at EverBank Field on Sunday in NFL activity.

New York comes into this game with a 1-2 record thus far. The Jets blew out the Lions in their first game 48-17, but then fell to division rivals Miami 20-12 in Week 2. Their last time out, New York gave the Browns their first win in forever 21-17.

As for the Jags, they’re sitting at 2-1 on the season. Jacksonville opened up with two wins: a 20-15 affair against the Giants, and then a big 31-20 victory over New England. In their last game however, Jacksonville stalled out with a 9-6 loss to Tennessee.

In that Titans game, Jacksonville QB Blake Bortles put up 155 yards on 21-of-34 passing, and TJ Yeldon was the lead rusher with 44 yards. Yeldon also led the Jags’ receivers on six catches for 46 yards.

Sure, the Jets lost to the Browns this past week, but that doesn’t mean New York is a bad team—they’re not great, but they’re not bad. Cleveland is on the upswing, and the Jets were unfortunate enough to get punched in the mouth by a talented rookie QB they weren’t ready for.

As for the Jags, they laid an egg after a big win over New England, but that defense was still on point as usual. The line on this game is thick enough for me to take the Jets; if it were less than a touchdown I wouldn’t think that way, however. Still, I’ll go New York for the cover.