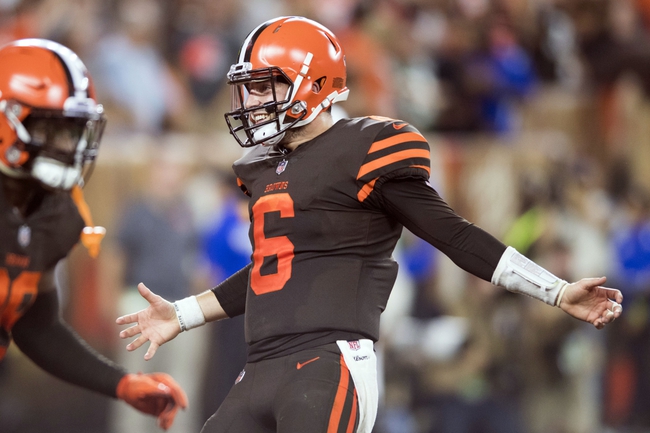 The Cleveland Browns will match up against the Oakland Raiders at O.co Coliseum on Sunday in NFL Week 4 action.

The Browns enter this game at 1-1-1 on the season. Cleveland tied divisional rivals Pittsburgh in the opener 21-21, then fell to the Saints 21-18 before putting up their first win in forever 21-17 versus the Jets.

In the New York game, Browns QB Baker Mayfield put up 201 yards, and Carlos Hyde was the top rusher with 98 yards and two scores. Jarvis Landry led the way for the Cleveland receivers with 103 yards off eight grabs.

In that Dolphins game, Raiders QB Derek Carr put up 345 yards, one TD and two picks, and Marshawn Lynch was the top rusher on 64 yards and a TD. Jordy Nelson led the Raiders receivers on six grabs for 173 yards and a TD.

Everybody’s on the Browns bandwagon right now, as they’re riding high after a big win. Cleveland isn’t the league’s punching bag anymore; they’ve been competitive in every game. It’s a little odd to see the Raiders favored here, but hey, we’ll take it.

Speaking of Oakland, I expected them to come out with a little more fire this season, but they’ve been pretty tepid across most phases. I can’t believe I’m saying this, but I’ll take the Browns for the win.