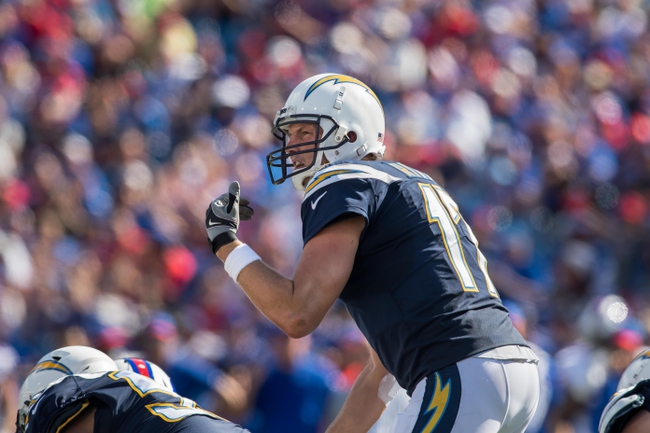 The San Francisco 49ers and the Los Angeles Chargers will be matching up in NFL action from StubHub Center on Sunday.

In the KC game, 49ers QB Jimmy Garoppolo put up 251 yards with a pair of touchdowns, and Matt Breida led the rush with 10 totes for 90 yards. George Kittle was the leading receiver for San Fran with 79 yards off five grabs.

In the Rams game, Chargers QB Philip Rivers logged 226 yards with two touchdowns, and Mike Williams did most of the receiving damage with four grabs for 81 yards and both scores. Melvin Gordon backed things up on the ground with 80 yards and a TD.

At the end of last season, one of the dominant conversations in the NFL was how the 49ers were on the upswing. Now, things are a bit different, as no one really expects much out of them—mostly due to a sub-optimal roster at the skill positions.

As for the Chargers, they’ve been putting up points, but like most of the rest of the NFL they’re also allowing quite a few as well. LA certainly has the offense to blow past the Niners here, but with the line so thick it’s tempting to take San Francisco--especially if you can find a double-digit line.