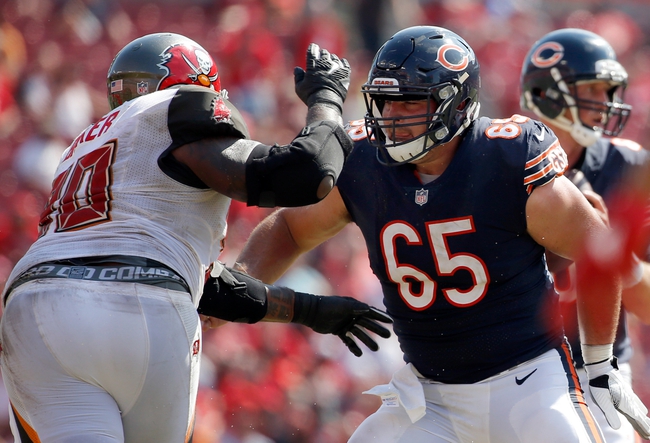 The Tampa Bay Buccaneers and the Chicago Bears meet in week 4 NFL action from Soldier Field on Sunday.

The Tampa Bay Buccaneers will look to bounce back from their first loss of the season in a 30-27 loss to the Pittsburgh Steelers in their last outing, sending Tampa Bay to 2-1 this season. Ryan Fitzpatrick has thrown for 1,230 yards in completing 78 of 111 passes with 11 touchdowns and 4 interceptions this season. Peyton Barber has rushed for 124 yards while Mike Evans leads the Bucs with 23 catches for 367 yards and 3 touchdowns this season. DeSean Jackson has added 3 receiving TDs of his own with 12 catches for 312 yards this season. Defensively, Jason Pierre-Paul leads the Bucs with 3 sacks while Lavonte David is Tampa Bay’s leader with 20 tackles this season. As a team, Tampa Bay owns the top passing offense with 400.7 passing yards per game as part of their 473.3 yards of total offense per game, also tops in the NFL, in addition to their 34 points per game. The Bucs also have the 3rd-best rush defense, allowing just 70.7 rushing yards per game this season.

The Chicago Bears will look to build on their two game winning streak after a 16-14 victory over Arizona in their last outing to improve to 2-1. Mitch Trubisky has thrown for 591 yards on 69.2% passing this season with 2 touchdowns and 3 interceptions this season. Jordan Howard has rushed for a team-high 178 yards on 53 carries while Allen Robinson II leads the Bears’ receiving corps with 194 yards and 17 catches. Khalil Mack has made quite the impact with the Bears, logging a team-high 4 sacks while Danny Trevathan leads Chicago with 14 tackles this season. As a team, Chicago is averaging 293.7 yards of total offense and 21 points per game while being stout defensively, allowing just 289 yards of total offense which is the 5th-fewest in the NFL and the 2nd-fewest rushing yards per game with 65.3 yards per game to go along with 18.3 points against per game this season.

Going to Soldier Field to play, let alone win, is tough, but I think we are getting the better team with points here. Tampa Bay’s offense is lighting it up and nearly rallied to beat the Steelers on Monday night while the Bears have had an extra day of rest but barely scraped by Arizona, who still isn’t that good of a football team. All in all, I like what I’ve seen from Tampa Bay and think that the Buccaneers have a good shot at winning this one outright but I’ll take the free field goal just to be safe.