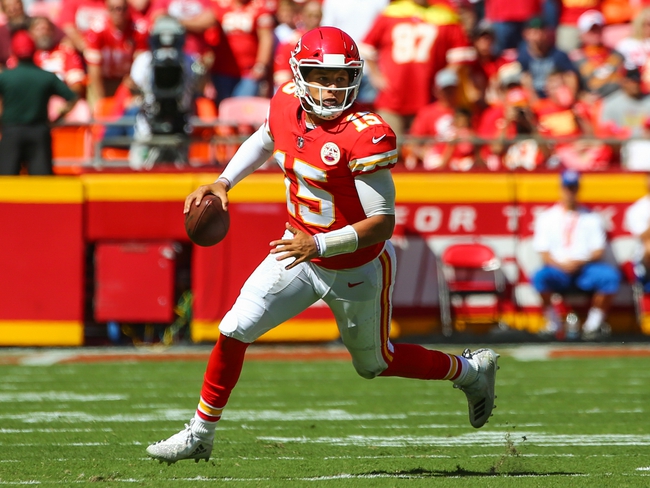 The Kansas City Chiefs will visit the Denver Broncos at Sports Authority Field in NFL action on “Monday Night Football.”

In that Ravens loss, Broncos QB Case Keenum put up 192 yards and a pick, and Royce Freeman led the charge on the ground with 53 yards and a TD. Tops in receiving for Denver was Demaryius Thomas, with 63 yards on five catches.

The Chiefs have drilled the scoreboard with at least 38 points in every game so far, and their offense is cooking behind their young quarterback. Normally I’d be a little concerned that they’ve also given up at least 27 points in every game as well, but that seems to be the norm in this year’s NFL.

With Denver coming off a tough loss on the road, it’s not hard to envision a better effort at home, but I’m not totally convinced the Broncos can hang in here. The line isn’t too bad, so I’m going to stick with the red-hot Chiefs.

The pick in this article is the opinion of the writer, not a Sports Chat Place site consensus.
Previous Pick
Atlanta Falcons vs. Cincinnati Bengals - 9/30/18 NFL Pick, Odds, and Prediction
Next Pick
NFL Picks and NFL Odds Podcast Week 5 2018: A First Look at NFL Odds for Week 5 2018