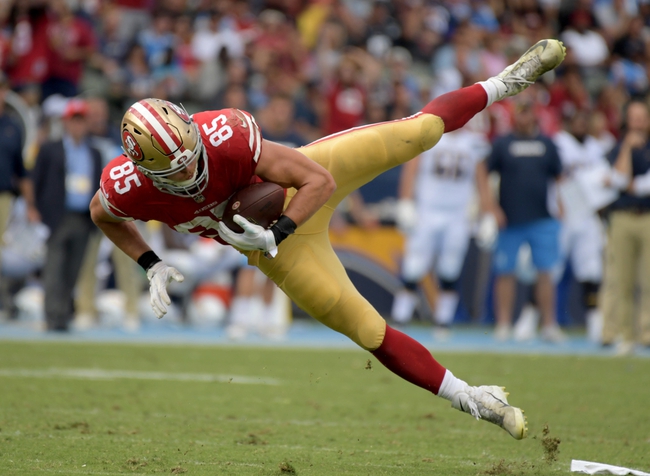 The Arizona Cardinals and the San Francisco 49ers will match up in NFL activity on Sunday from Levi’s Stadium.

In the Seattle game, Cardinals QB Josh Rosen logged 180 yards with one TD, while David Johnson led the rush on 71 yards and a score. Ricky Seals-Jones was the top receiver for Arizona with 52 yards from two catches.

In the Chargers game, San Fran QB CJ Beathard put up 298 yards with two TDs and two picks, and Matt Breida led the ground game on 39 yards from nine carries. George Kittle had a great game with six grabs for 125 yards and a receiving TD for the Niners.

The Cardinals seem destined to play for draft position this year, but the good news is that after those two blowouts to start the season they’ve lost by just five combined points over their last pair of games against a pair of decent teams.

There’s not much optimism surrounding the Niners this year either, but aside from the Chiefs game they’ve been within one score of their other two losses. There’s not a whole lot of intrigue in this one on either side, but it should be a good matchup. I’ll go 49ers.