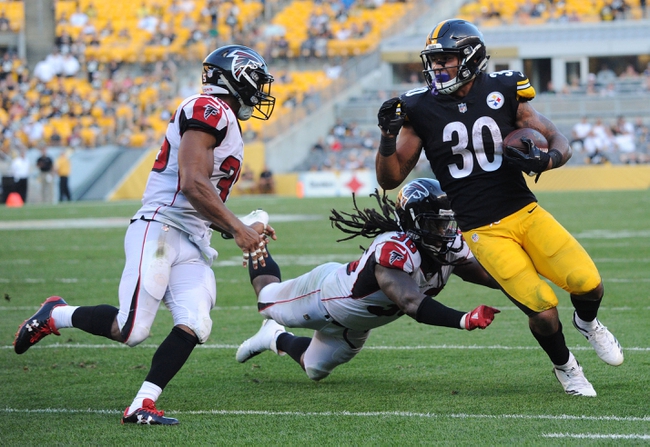 The Atlanta Falcons and the Pittsburgh Steelers meet in week 5 NFL action from Heinz Field on Sunday afternoon.

The Atlanta Falcons are in dire need of a win at 1-3 this season after back-to-back losses following their 37-36 heartbreaking defeat at the hands of Cincinnati last time out. Matt Ryan has thrown for 1,316 yards, 10 touchdowns and 2 interceptions on 99 of 145 passing this season while Tevin Coleman leads the Falcons in rushing with 210 yards this season. Julio Jones leads the Falcons with 29 catches for 502 receiving yards while Calvin Ridley has 15 receptions for 264 yards with 6 receptions ending up in the end zone for a score. Takkarist McKinley leads the defense with 5 sacks this season while Brian Poole is Atlanta’s leading tackler with 25 tackles this season. As a team, the Falcons are averaging 410.8 yards of total offense per game, including 314.8 passing yards and 29 points per game this season.

The Pittsburgh Steelers will be looking to get back on track after a 26-14 loss to Baltimore at home on Sunday night football. Ben Roethlisberger leads Pittsburgh with 1,414 yards passing on 119 of 186 passing this season with 8 touchdowns and 5 interceptions. James Conner has racked up 232 rushing yards and 3 touchdowns while JuJu Smith-Schuster leads the Steelers with 416 receiving yards and 31 receptions and Antonio Brown has 29 catches with 3 touchdowns this season. T.J. Watt and Bud Dupree lead the Pittsburgh defense with 3 sacks apiece while Jon Boston leads Pittsburgh with 20 tackles this season. As a team, Pittsburgh is averaging 411 yards of total offense and 338.8 passing yards per game in addition to 25.5 points per game this season.

This is a big game for both sides but I think the Falcons simply need this game more as a 1-4 start could be an early end to their playoff hopes this season. You also get the feeling that Atlanta is due for a solid defensive performance. The issue isn’t the offense, as Atlanta has topped 30+ points in each of their last 3 games, it’s the defense that’s allowed 80 points in their last pair of outings. Playing Pittsburgh could help, as the Steelers have been brutal running the ball over the last three weeks, and Le’Veon Bell won’t be returning until their bye week a couple weeks down the road. All in all, I think Atlanta realizes the severity of the situation and wins this game outright but I’ll take the free field goal to be safe.