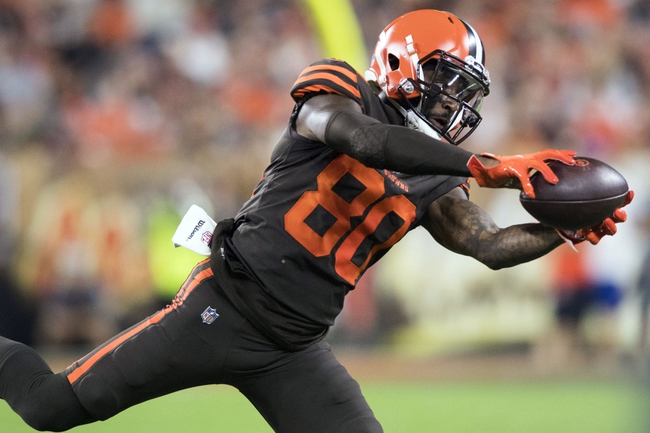 The Cleveland Browns look to prove this franchise is turning the corner with a statement win over one of the hottest teams in the league. The Cleveland Browns have two home wins since September of 2016. Baker Mayfield is completing 59.4 percent of his passes for 496 yards, two touchdowns and two interceptions. Mayfield enters this game with 64 pass attempts under his belt. Jarvis Landry and Rashard Higgins have combined for 490 receiving yards and one touchdown while Antonio Callaway has 10 receptions. The Cleveland Browns ground game is averaging 152.8 yards per contest, and Carlos Hyde leads the way with 285 yards and five touchdowns. Defensively, Cleveland is allowing 26 points and 395 yards per game. Joe Schobert leads the Cleveland Browns with 37 tackles, Myles Garrett has 4.5 sacks and Denzel Ward has two interceptions.

The Cleveland Browns are a team worth keeping an eye on, as they've gone toe-to-toe with some of the better teams in the league and their two losses have come by a combined six points. The Browns have also covered three straight games when an underdog of at least three points. The Baltimore Ravens are watching the injuries pile up and have to play back-to-back road games, which is never easy in this league. However, Flacco is playing some of his best football in years and the Ravens have one of the top defenses a quarter through the season. The Browns at home and the free field goal is tempting, but the Ravens are the more trustworthy team at this point and is more than capable of getting the job done. The Browns are much improved, but they're still showing signs of the old Browns and find ways to lose. I'll lay the field goal.