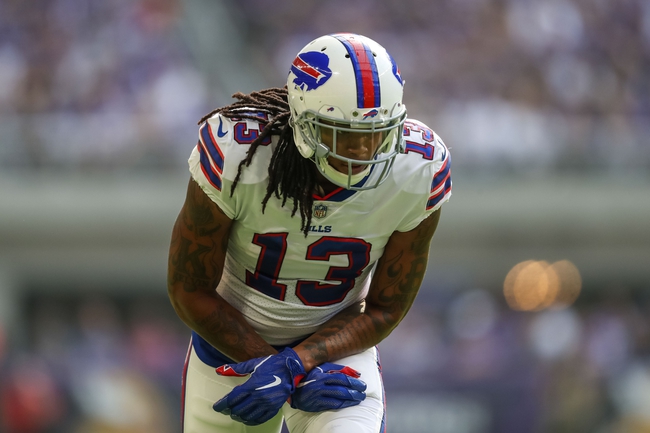 The Tennessee Titans look for a fourth straight victory to build on their surprising lead in the AFC South. The Tennessee Titans have lost six of their last nine road games. Marcus Mariota is completing 66.2 percent of his passes for 547 yards, two touchdowns and three interceptions. Mariota has one or less touchdown passes in nine of his last 11 games. Corey Davis and Taywan Taylor have combined for 451 receiving yards and two touchdowns while Dion Lewis has 18 receptions. The Tennessee Titans ground game is averaging 109 yards per contest, and Derrick Henry leads the way with 163 yards on 54 carries. Defensively, Tennessee is allowing 18.3 points and 360.8 yards per game. Wesley Woodyard leads the Tennessee Titans with 33 tackles, Jurrell Casey has three sacks and Kenny Vaccaro has one interception.

The Buffalo Bills look for their first home victory of the season to rebound from a rough 1-3 record. The Buffalo Bills have won six of their last nine home games. Josh Allen is completing 53.4 percent of his passes for 666 yards, two touchdowns and four interceptions. Allen has two touchdown passes and four interceptions in his last three games. Zay Jones and Chris Ivory have combined for 244 receiving yards on 14 receptions while Kelvin Benjamin has seven receptions. The Buffalo Bills ground game is averaging 88.3 yards per contest, and Allen leads the way with 116 yards and two touchdowns. Defensively, Buffalo is allowing 26.5 points and 358.3 yards per game. Tremaine Edmunds leads the Buffalo Bills with 30 tackles, Jerry Hughes has two sacks and Matt Milano has one interception.

The Tennessee Titans have won three straight games by a combined nine points and are 4-2-1 ATS in their last seven games when favored by at least three points. The Titans defense has been rather consistent through the first quarter of the season and Mariota is coming off easily his best game yet. The Buffalo Bills continue to go through the growing pains, as the offense has been held to 20 or less points in three of their first four games and only the Arizona Cardinals have produced fewer total yards at this point in the season. The Buffalo Bills have also failed to cover seven of their last 10 games when an underdog of at least three points. The Titans don't win pretty, but they've beaten back-to-back Super Bowl contenders, are solid defensively and have a QB who just played his best game in quite some time. I'd try to get this line without the hook, but regardless, backing the Buffalo Bills isn't much of an option right now.