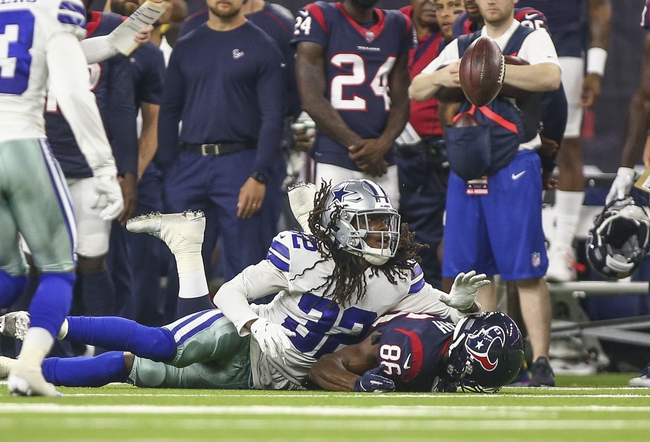 The Dallas Cowboys and the Houston Texans meet in a Lone Star State showdown in week 5’s edition of Sunday Night Football.

The Dallas Cowboys will look to find some measure of consistent play after alternating wins and losses through their first four games of the season, including a 26-24 win over Detroit in their last outing. Dak Prescott has thrown for 753 yards in completing 61.7% of his pass attempts with 4 touchdowns and 2 picks this season. Ezekiel Elliott has rushed for 426 yards and 2 touchdowns while Cole Beasley leads the Cowboys receivers with 16 catches for 185 yards this season. Defensively, Demarcus Lawrence has been an absolute beast with a league-high 5.5 sacks this season while Leighton Vander Esch leads Dallas with 23 tackles this season. As a team, Dallas is averaging 311.8 yards of total offense per game, including the 4th-most rushing yards per game (145.2) to go along with 16.8 points per game this season. The Cowboys are also getting it done on defense, sitting top-10 in total yardage against (306.2 yards per game/5th), passing yards (208.5/6th) and scoring defense (19.2 points per game/7th) this season.

The Houston Texans will look to build on their first victory of the season coming in the form of a 37-34 overtime win over Indianapolis in their last outing. Deshaun Watson has thrown for 1,246 yards on 62.2% completion this season with 7 touchdowns and 4 interceptions. Lamar Miller has rushed for 225 yards while DeAndre Hopkins leads the Texans in receiving with 30 catches for 443 yards. Defensively, J.J. Watt is 2nd in the NFL with 5 sacks while Zach Cunningham leads Houston with 20 tackles this season. As a team, Houston is averaging the 5th-most total yardage per game (413.8 jpg) and the 9th-most rushing yards per game (123.2) to go along with 24 points per game while owning the 9th-best rush defense, allowing just 94.2 rushing yards per game this season.

This should be an interesting matchup as you have a Texans team that has a top-10 rush defense going against one of the NFL’s best in Elliott, and a Cowboys team that hasn’t done much in terms of scoring but has a very good defensive unit. All in all, I like Dallas’ defense better and I trust Dallas more than I do Houston (even though I would’ve never thought that I would say that at the beginning of the season) so I’ll take the points with Dallas in what I see being a close game here.