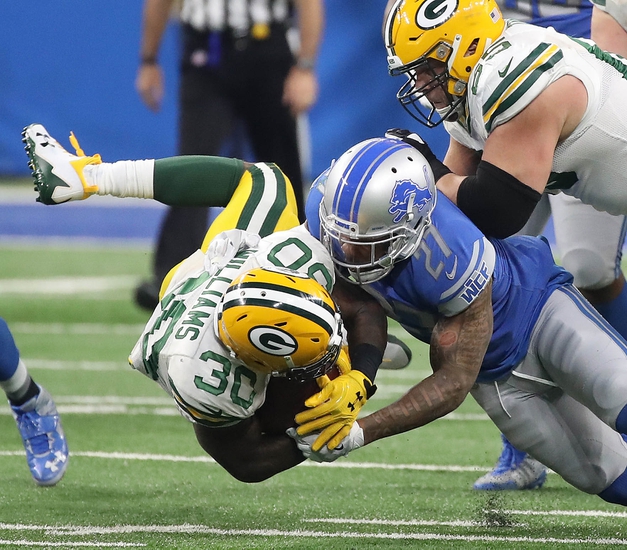 The Green Bay Packers and the Detroit Lions will match up in NFC North NFL action from Ford Field on Sunday.

In the Buffalo game, Green Bay QB Aaron Rodgers logged 298 yards with one TD and one pick, while Aaron Jones led the rush on 65 yards and a TD. Davante Adams was the lead Packers receiver with 81 yards off eight catches.

In the Dallas game, Lions QB Matthew Stafford put up 307 yards with two scores and Kerryon Johnson led the rush on 55 yards for one TD. Golden Tate had a great game for Detroit with 132 yards and two TDs on eight catches.

Green Bay certainly has some issues to address if they want to get back to the top of the division, but considering what they’re working with it’s fairly impressive they have a winning record. A big part of that is Rodgers, who continues to impress even though he’s banged up and not looking quite himself.

As for Detroit, they looked abysmal in the first game but have steadily gained traction as the year wears on. They’ve got some solid playmakers and an experienced quarterback, which is the first step toward relevance.

I’m not ready to say the Lions can hang around in this one though. I’m going Packers.