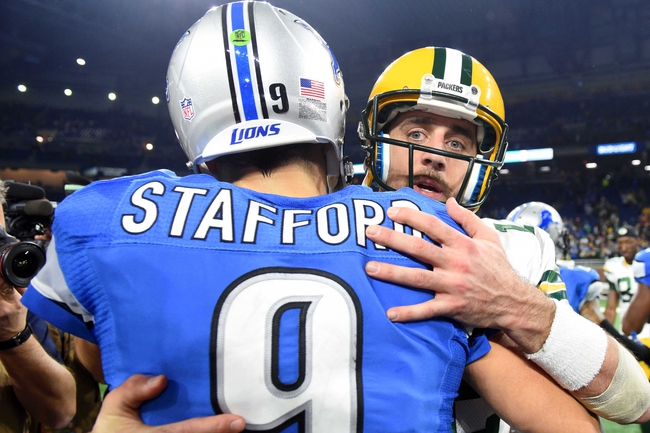 The Detroit Lions need a statement division victory to save their season and rebound from a 1-3 record. The Detroit Lions have won four of their last six home games. Matthew Stafford is completing 67.9 percent of his passes for 1,202 yards, eight touchdowns and five interceptions. Stafford has two or more touchdown passes in five of his last seven games. Golden Tate and Kenny Golladay have combined for 719 receiving yards and five touchdowns while Marvin Jones Jr. has 15 receptions. The Detroit Lions ground game is averaging 98 yards per contest, and Kerryon Johnson leads the way with 216 yards and one touchdown. Defensively, Detroit is allowing 28.5 points and 329.5 yards per game. Jarrad Davis leads the Detroit Lions with 27 tackles, Devon Kennard has four sacks and Quandre Diggs has one interception.

The Detroit Lions have a history of playing the Green Bay Packers close and have actually won the last two meetings against them. The Lions have also been a much better team since their opening loss to the Jets, as they nearly beat the 49ers on the road, smoked the Patriots and lost by just two points to the Cowboys on the road. The Lions could easily be riding a three-game winning streak right now. The Green Bay Packers are not only dealing with Rodgers, who isn't 100 percent, but receivers Davante Adams, Geronimo Allison and Randall Cobb are all questionable with injuries. Rodgers can only do so much, and if he doesn't have the few weapons he has healthy, it's going to be tough for the Packers to move the ball on the road. I'll take the Lions in this spot.