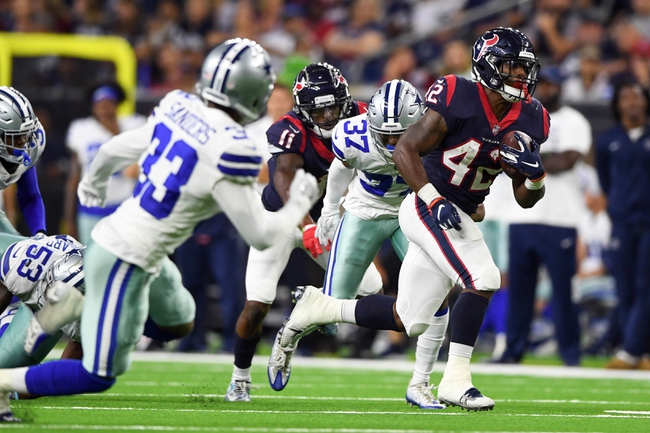 The Dallas Cowboys will match up against the Houston Texans in an all-Texas version of “Sunday Night Football” in NFL Week 5.

Dallas comes into this game at 2-2 on the season. The Cowboys dropped their opener 16-8 versus the Panthers, then beat the Giants in Week 2. After that, Dallas fell to the Seahawks 24-13 before edging out the Lions 26-24.

In the Detroit game, Dallas QB Dak Prescott put up 255 yards and two TDs, and Ezekiel Elliott logged 152 yards off 25 carries. Elliott was also the lead Cowboys receiver with four catches for 88 yards and a score.

In that Indy game, Houston QB Deshaun Watson put up 375 yards, two TDs and one pick, while Lamar Miller led the rush on 49 yards from 14 carries.

The highest compliment you can pay the Texans this year is that they’ve been in every game so far. Each one of their losses has come by seven points or fewer. I expect Houston to hang around here as well, and maybe even bag a victory. I’m going with the Texans in what should be a very fun game to watch.