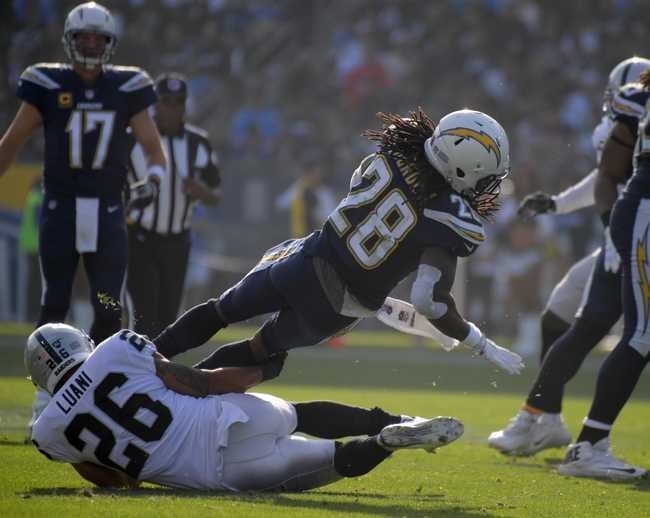 The Oakland Raiders and the Los Angeles Chargers will match up in NFL activity from StubHub Center on Sunday.

The Raiders enter this game with a 1-3 record so far. Oakland opened things up with losses to the Rams 33-13, the Broncos 20-19 and the Dolphins 28-20 before taking a highly controversial 45-42 victory over the Browns.

In the Cleveland game, Oakland QB Derek Carr finished with 437 yards, four TDs and two picks, with Amari Cooper getting most of the work on 128 yards and a TD from eight catches. Marshawn Lynch led the Raiders rush with 130 yards on 20 carries.

People will be talking about the Raiders’ victory all week—mostly about the fact that it should have been a loss. Oakland’s numbers on offense were pretty impressive, but the ghost of Khalil Mack looms large on the other side.

As for LA, their two losses have come against good teams in the Chiefs and Rams, but their wins came against two not-so-good teams in the Bills and Niners. Still, the Chargers have a veteran QB and a lot of talent, with some very winnable games on the horizon. I’m going with LA here.