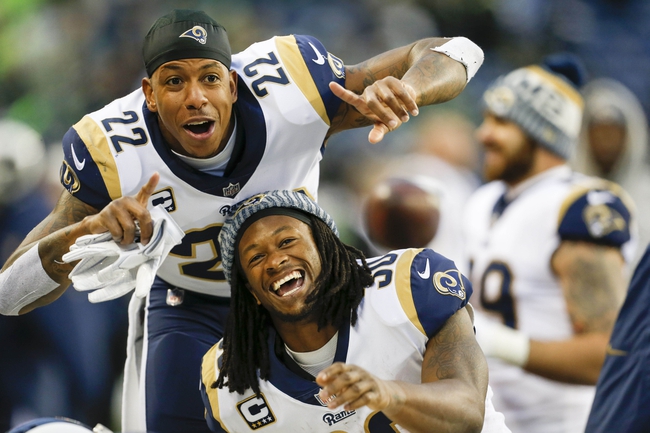 The Seattle Seahawks and Los ANgeles Rams meet up in an NFC West division show down in Seattle on Sunday.

The Rams look to stay undefeated as they take to the road to face off against their bitter rivals in Sesttle where the Seahawks will hope the 12th man will be ready to make some noise. Los ANgeles has been excellent on both sides of the ball through the first four weeks and remain a favourite to win the Super Bowl but they will face a stiff test here against a Seattle side that hasn't looked great through the first four weeks. Jared Goff is looking like a legitimate franchise quarterback and the balance of Todd Gurley, Brandin Cooks, RObert Woods, and Cooper Kupp on offense should give the Seahawks defense fits that doesn't have Earl Thomas anymore.

THe Seahawks find themselves as an underdog by more than a touchdown which is incredibly unusual to see at Century Link field but it goes to show just how the landscape has shifted in the NFC West and just how well respected the LA Rams are this season. Seattle will need a big effort out of Russell WIlson as their run game has been inconsistent and the defense has been subpar but with the Rams looking to make a statement it might be a tough expectation to see Seattle compete in this one.