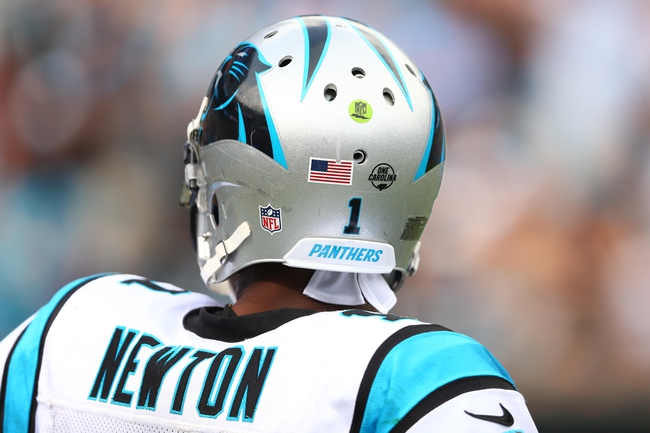 The New York Giants look for their second road win of the season to keep possible playoff hopes alive and rebound from a 1-3 record. The New York Giants have lost five of their last six road games. Eli Manning is completing 74.2 percent of his passes for 1,055 yards, four touchdowns and one interception. Manning has one or less touchdown passes in eight of his last 10 games. Odell Beckham Jr. and Sterling Shepard have combined for 560 receiving yards and two touchdowns while Saquon Barkley has 27 receptions. The New York Giants ground game is averaging 82 yards per contest, and Barkley leads the way with 260 yards and three touchdowns. Defensively, New York is allowing 23.8 points and 354.8 yards per game. Landon Collins leads the New York Giants with 31 tackles, B.J. Hill has two sacks and Janoris Jenkins has one interception.

The Carolina Panthers look to keep pace in the NFC South with their third victory of the season after coming off a bye week. The Carolina Panthers have won each of their last seven home games. Cam Newton is completing 67.4 percent of his passes for 646 yards, five touchdowns and one interception. Newton has one or less touchdown passes in nine of his last 14 games. Christian McCaffrey and Devin Funchess have combined for 342 receiving yards and one touchdown while Jarius Wright has nine receptions. The Carolina Panthers ground game is averaging 166 yards per contest, and McCaffrey leads the way with 271 yards on 46 carries. Defensively, Carolina is allowing 20 points and 356.7 yards per game. Luke Kuechly leads the Carolina Panthers with 26 tackles, Mario Addison has 2.5 sacks and Donte Jackson has three interceptions.

The New York Giants are just a bad football team, as the offensive line can't block, Eli is incapable of doing much of anything productive and the defense has taken steps back as well. The Giants have also failed to cover eight of their last 13 games when an underdog of at least three points. The Carolina Panthers have had an extra week to prepare for this game and get some guys back from injury. The Panthers still have an aggressive team that pressures the quarterback and has five interceptions, despite playing in just three games. With the Giants offensive line issues, this has the potential to get ugly. The Panthers can sometimes play down to their competition and make games interesting, but backing the Giants isn't an option for me. This team is awful and I'm tired of giving them chance after chance with the hope things will turn around due to the offensive weapons on the outside. I'll take the Panthers in a home blowout.