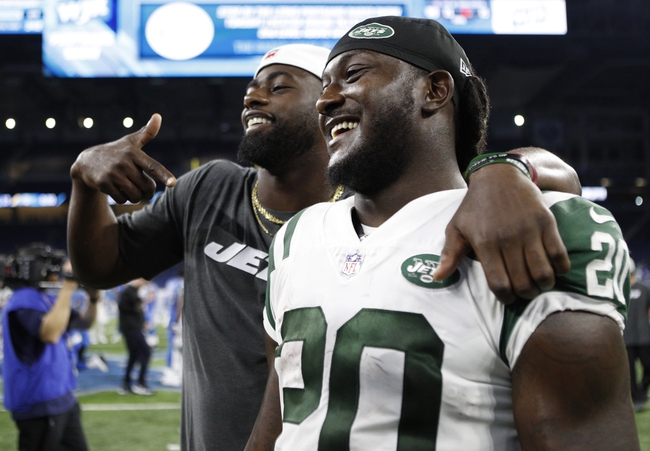 The Denver Broncos look for their first road victory of the season to get a game above a .500 record. The Denver Broncos have lost eight of their last nine road games. Case Keenum is completing 61.7 percent of his passes for 988 yards, three touchdowns and six interceptions. Keenum has two or more touchdown passes in four of his last six games. Emmanuel Sanders and Demaryius Thomas have combined for 482 receiving yards and two touchdowns while Courtland Sutton has eight receptions. The Denver Broncos ground game is averaging 148.2 yards per contest, and Phillip Lindsay leads the way with 267 yards and one touchdown. Defensively, Denver is allowing 24.2 points and 366.8 yards per game. Justin Simmons leads the Denver Broncos with 23 tackles, Von Miller has four sacks and Adam Jones has one interception.

The New York Jets hope to snap a three-game losing streak while digging themselves out of an early 1-3 hole. The New York Jets have lost five of their last seven home games. Sam Darnold is completing 57.5 percent of his passes for 868 yards, four touchdowns and five interceptions. Darnold has two touchdown passes and four interceptions in his last three games. Quincy Enunwa and Terrelle Pryor have combined for 436 receiving yards and one touchdown while Robby Anderson has eight receptions. The New York Jets ground game is averaging 88 yards per contest, and Isaiah Crowell leads the way with 171 yards and four touchdowns. Defensively, New York is allowing 22.3 points and 355.5 yards per game. Jamal Adams leads the New York Jets with 31 tackles, Henry Anderson has 2.5 sacks and Darron Lee has two interceptions.

The Denver Broncos have a short week to prepare after playing Monday night, but they also get a lesser opponent after playing two of the better teams in the AFC back-to-back weeks. The New York Jets have scored no more than 17 points in each of their last three games and Darnold continues to make questionable decisions with the football. The Denver Broncos will continue to get pressure on the quarterback and will certainly have their chances to force turnovers. I simply don't trust this Jets offense against a Broncos defense that's aggressive and has many looks to throw a young quarterback. You can make a case that the wrong team is favored here. I know the Broncos have been awful when an underdog of at least two points, which includes just one cover in their last 11 tries. However, if I'm betting this game, I'm siding with the free points and the Broncos. The Jets should be favored against very few teams in this league.