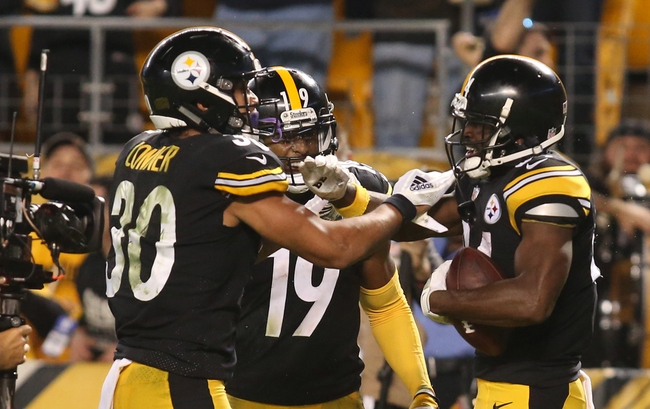 The Atlanta Falcons look for their first road win of the season to rebound from a rough 1-3 start. The Atlanta Falcons have split their last eight road games. Matt Ryan is completing 68.3 percent of his passes for 1,316 yards, 10 touchdowns and two interceptions. Ryan has a combined 10 touchdown passes in his last three games. Julio Jones and Calvin Ridley have combined for 766 receiving yards and six touchdowns while Mohamed Sanu has 16 receptions. The Atlanta Falcons ground game is averaging 96 yards per contest, and Tevin Coleman leads the way with 210 yards and one touchdown. Defensively, Atlanta is allowing 30.5 points and 403 yards per game. Duke Riley leads the Atlanta Falcons with 29 tackles, Takkarist McKinley has five sacks and Damontae Kazee has one interception.

You really enjoy gambling if you're betting this game, as both of these preseason Super Bowl contenders are looking shaky right now and the season may be over for the loser here. The Falcons can't play a lick of defense right now thanks to injuries, and they've given up a combined 80 points in their last two games. The Steelers can't score despite tons of talent on the offensive side of the ball, Le'Veon Bell is still holding out and the wide receiving corps is growing frustrated with Roethlisberger, who looks like a shell of himself. Pick your poison. For me, I'd side with the Steelers, as the defensive effort is still there (13 sacks and seven turnovers) and the talent offensively makes you think things will eventually come together. The Falcons simply can't stop anybody and aren't making the game changing plays the way the Steelers defense has this season. I'm not betting on a team on the road that plays zero defense, as there's too much pressure on the Falcons to play perfect football. If there was ever a game the Steelers were to breakout offensively, it would be here. Don't love this game at all, but if forced to pick, I'd lay the field goal with the home team.