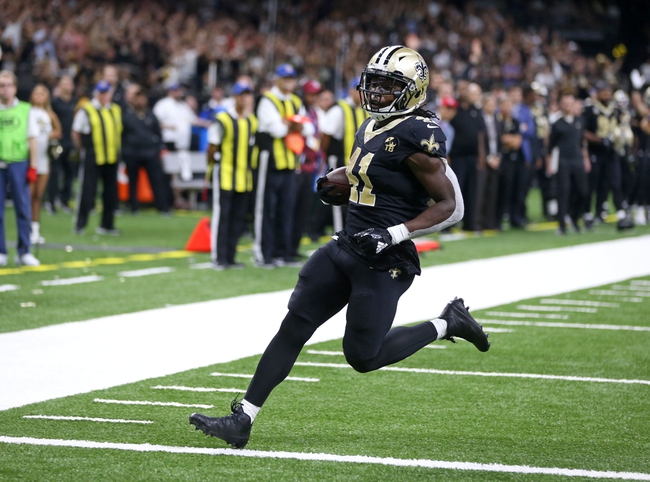 The Washington Redskins come into this game as one of the top defensive teams in the league, but I do question how much that has to do with playing just three games and one of those teams being the brutal, brutal Arizona Cardinals. The New Orleans Saints are averaging 38 points and 461.5 yards of offense in their last two games. The Saints defense is still questionable at best, but it probably doesn't matter much if that offensive production continues. The Washington Redskins have failed to cover 10 of their last 16 games when an underdog of at least four points. The New Orleans Saints have failed to cover 16 of their last 22 games when favored by at least four points. We're getting a lot of points with an improved Redskins team that's had an extra week to prepare. However, I'm not sure I trust these Redskins on the road just yet, as the three teams they've played have a combined SU record of 3-8-1 and their offense isn't built to score quickly and easily. If the Saints come anywhere close to what they've done the past few weeks, this game could get ugly. We also know how crazy the Mercedes-Benz Superdome gets during primetime games. I'm going to eat the chalk with the Saints at home.

The pick in this article is the opinion of the writer, not a Sports Chat Place site consensus.
Previous Pick
Pittsburgh Steelers vs. Atlanta Falcons - 10/7/18 NFL Pick, Odds, and Prediction
Next Pick
NFL Picks and Odds for Week 5 2018: Sports Pick Info Podcast