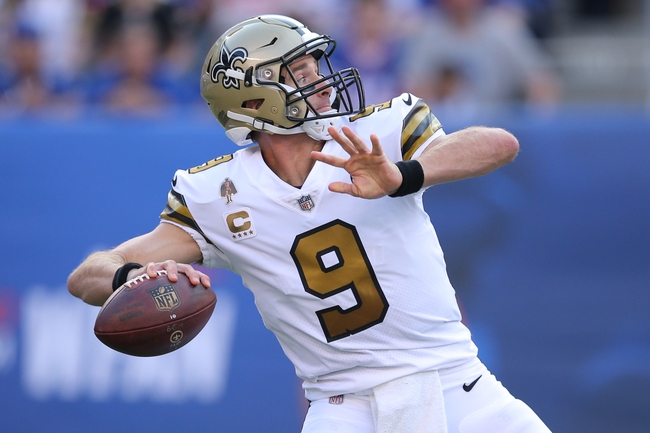 The Washington Redskins and the New Orleans Saints will meet up in Week 5 NFL action on “Monday Night Football” from the Mercedes-Benz Superdome.

The Redskins enter this game with a 2-1 record thus far. After taking out the Cardinals 24-6 and falling to the Colts 21-9, Washington beat the Packers 31-17 and rolled into the bye week.

In the Green Bay game, Redskins QB Alex Smith put up 220 yards with two TDs and a pick, and Adrian Peterson led the rush on 120 yards and two scores. Vernon Davis had two big catches for the Redskins for 70 total yards.

In the New York game, Saints QB Drew Brees logged 217 yards passing while Alvin Kamara did most of the damage on the ground with 134 yards and three scores. Josh Hill was the top New Orleans receiver with his three catches for 63 yards.

It’s a little tough to know what to make of the Redskins right now. They opened up with a big win over a bad Arizona team, then fell to a not-very-good Colts squad their next time up. The Packers victory should help the Redskins feel a little more confident going into this game, though.

As for the Saints, they seem to be hitting their stride and their myriad offensive weapons are working well together. Trouble is, New Orleans does give up points to good offensive teams. Still, if I can get the line at less than a TD I have to go Saints here.

The pick in this article is the opinion of the writer, not a Sports Chat Place site consensus.
Previous Pick
Pittsburgh Steelers vs. Atlanta Falcons - 10/7/18 NFL Pick, Odds, and Prediction
Next Pick
NFL Picks and Odds for Week 5 2018: Sports Pick Info Podcast