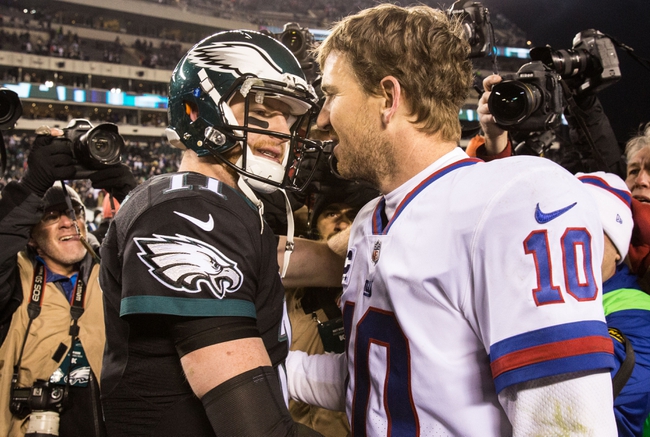 The New York Giants need their first home victory of the season if they have any chance of saving their season and rebounding from a 1-4 record. The New York Giants have lost eight of their last 10 home games. Eli Manning is completing 71.7 percent of his passes for 1,381 yards, six touchdowns and three interceptions. Manning has one or less touchdown passes in eight of his last 11 games. Odell Beckham Jr. and Sterling Shepard have combined for 766 receiving yards and three touchdowns while Saquon Barkley has 31 receptions. The New York Giants ground game is averaging 75.6 yards per contest, and Barkley leads the way with 308 yards and three touchdowns. Defensively, New York is allowing 23.8 points and 354.8 yards per game. Landon Collins leads the New York Giants with 39 tackles, B.J. Hill has two sacks and Janoris Jenkins has two interceptions.

The Philadelphia Eagles still aren't the same team from a year ago, as the offense has yet to top 23 points in five games and the defense has dipped a little bit as well. The New York Giants have issues in house with OBJ calling out the quarterback, but they did play their best game of the season last week and three of their four losses have been decided by seven or less points. The Philadelphia Eagles have failed to cover each of their last seven games when favored by at least three points. The New York Giants are 6-6 ATS in their last 12 games when an underdog of at least three points. I haven't been able to get a good feel on the Giants all season, but this is a must-win game if they want any chance of staying in the playoff race. The Eagles aren't playing great football, can't cover as a favorite and are on the road with short rest. If the Giants can repeat last weeks offensive success, they can claw out a victory at home. I'll take my free field goal.