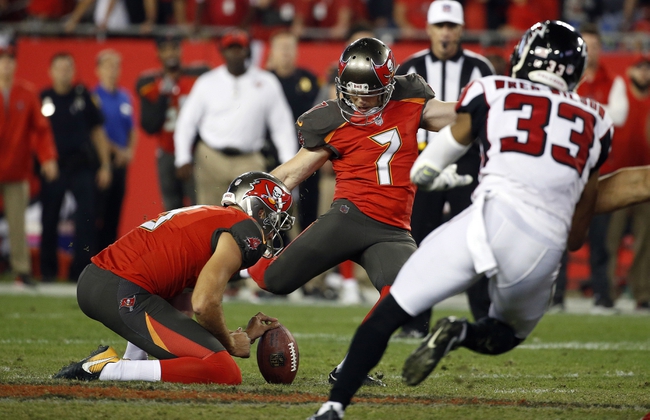 The Tampa Bay Buccaneers and the Atlanta Falcons will meet up in NFL activity on Sunday from Mercedes-Benz Stadium.

The Buccaneers enter this game with a 2-2 record so far. Tampa took two wins over the Saints and Eagles to open the year up, then fell to the Steelers 30-27 and were blown out by the Bears 48-10.

In that Chicago game, Buccaneers QBs Jameis Winston and Ryan Fitzpatrick combined for one TD and three picks, and Ronald Jones led a tepid running game with 29 yards. DeSean Jackson was the top receiver with 112 yards off five catches.

Over on the Falcons’ side, they’re currently flailing at 1-4 this year. Atlanta got a win over the Panthers in Week 2 but otherwise have lost to the Eagles, Saints, Bengals and Steelers.

In the Pittsburgh game, Atlanta QB Matt Ryan logged 285 yards with one TD, and Devonta Freeman led the rush with 32 yards. Austin Hooper wast the lead receiver for the Falcons on 77 yards from nine catches.

The Bucs burst out of the gate with an offensive clinic over the first three games, which overshadowed the fact that they were hemorrhaging points on the other side. Tampa has given up at least 21 points in every game, and at least 30 in three of four.

Atlanta isn’t in much of a better spot. They’ve given up at least 37 points in each of their last three games and have been held to 17 points or fewer in two of five.

It seems like the Bucs’ hot start was something of an aberration, as they’re beginning to show a lot of weaknesses lately. I still think Atlanta has the better offense, so I’ll take them in a relatively high-scoring game.