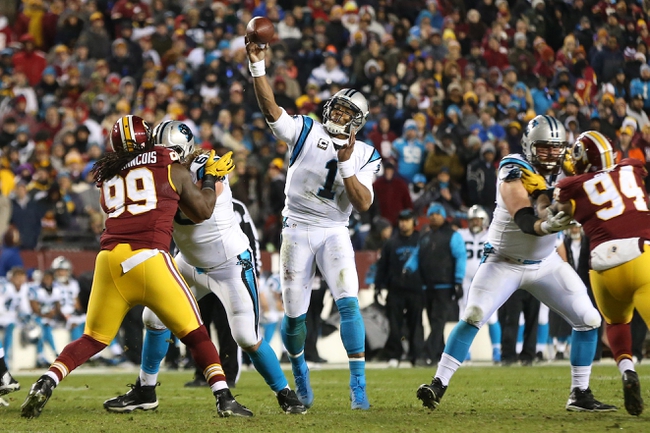 The Carolina Panthers and the Washington Redskins will meet up at FedEx Field in an NFL showdown on Sunday.

Carolina enters this game with a 3-1 record so far. After taking out the Cowboys and falling to the Falcons in their first two games, the Panthers beat the Bengals 31-21 and the Giants 33-31.

Over on the Redskins’ side, they’re sitting at 2-2 this season. Washington has recorded wins over the Cardinals and Packers, but fallen to the Colts and Saints so far.

In the Saints game, Redskins QB Alex Smith managed 275 yards and a pick, while Chris Thompson led a near-nonexistent running game on 17 yards. Jamison Crowder was the high Redskins receiver with four grabs for 55 yards.

After a little trouble over their first couple of games, the Panthers offense seems to have found a bit of a rhythm. One negative takeaway from their last game is that they allowed 31 points to the Giants, breaking a long string of sub-30-point games for New York.

As for the Redskins, they’ve had a couple of games where they’ve looked pretty good (against the lowly Cardinals and beat-up Packers), and a couple where they’ve underachieved to say the least (the “meh” Colts and the surging Saints).