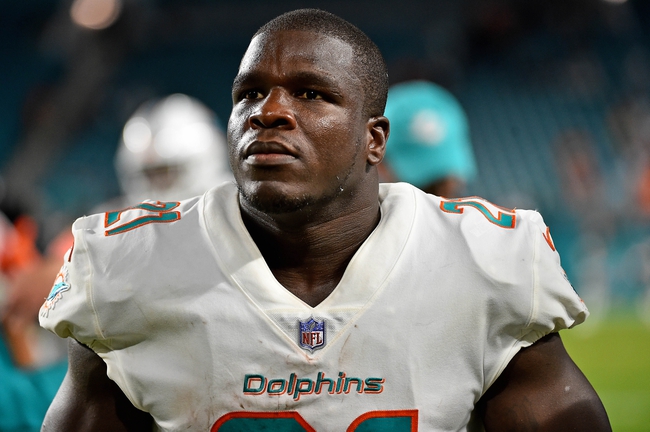 The Chicago Bears look for their fourth straight victory to keep pace in the NFC North. The Chicago Bears have lost five of their last seven road games. Mitchell Trubisky is completing 70 percent of his passes for 945 yards, eight touchdowns and three interceptions. Trubisky has one or less touchdown passes in 10 of his last 12 games. Allen Robinson and Taylor Gabriel have combined for 410 receiving yards and three touchdowns while Trey Burton has 11 receptions. The Chicago Bears ground game is averaging 121.5 yards per contest, and Jordan Howard leads the way with 203 yards and one touchdown. Defensively, Chicago is allowing 16.3 points and 294.5 yards per game. Danny Trevathan leads the Chicago Bears with 24 tackles, Khalil Mack has five sacks and Eddie Jackson has two interceptions.

The Miami Dolphins look to remain unbeaten at home to keep pace in the AFC East with the New England Patriots. The Miami Dolphins have won six of their last nine home games. Ryan Tannehill is completing 65.9 percent of his passes for 972 yards, eight touchdowns and five interceptions. Tannehill has two or more touchdown passes in seven of his last 10 games. Kenny Stills and Albert Wilson have combined for 445 receiving yards and five touchdowns while Jakeem Grant has 11 receptions. The Miami Dolphins ground game is averaging 96 yards per contest, and Frank Gore leads the way with 202 yards on 47 carries. Defensively, Miami is allowing 23.4 points and 382.6 yards per game. Kiko Alonso leads the Miami Dolphins with 50 tackles, Jerome Baker has two sacks and Xavien Howard has three interceptions.

The Chicago Bears currently have the best defense in the league, Trubisky is coming off the best game of his career and they've had an extra week to prepare for this game. The Miami Dolphins just blew a 17-point lead in the second half last week and are watching their players drop like flies due to injury. The Dolphins have a ton of injuries to their offensive line, and facing Khalil Mack and company isn't going to help matters. The Chicago Bears have covered three of their last four games when favored by at least three points. The Miami Dolphins are 2-7-1 ATS in their last 10 games when an underdog of at least three points. The Dolphins do play better at home where they've won six of their last nine, but it's tough to trust them after what we saw last week and given the injuries. It's either Bears or pass for me.