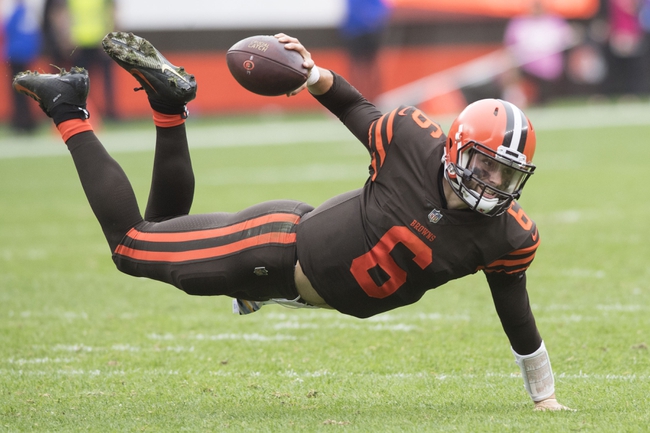 The Cleveland Browns have a chance to win their third game of the season for the first time since 2015. The Cleveland Browns have five home wins since the start of the 2015 season. Baker Mayfield is completing 58.9 percent of his passes for 838 yards, three touchdowns and three interceptions. Mayfield enters this game with 107 career pass attempts under his belt. Jarvis Landry and Rashard Higgins have combined for 625 receiving yards and two touchdowns while David Njoku has 20 receptions. The Cleveland Browns ground game is averaging 144.6 yards per contest, and Carlos Hyde leads the way with 348 yards and five touchdowns. Defensively, Cleveland is allowing 22.6 points and 368 yards per game. Joe Schobert leads the Cleveland Browns with 46 tackles, Myles Garrett has five sacks and Denzel Ward has three interceptions.

We're still trying to figure out how good the Los Angeles Chargers are, as they lost to both of the undfeated teams and beat up on three teams with a combined SU record of 4-11. The Chargers have honestly played the best of the best or the worst of the worst. The good news is the Chargers are winning the games they're supposed to win and are getting great play out of Rivers. The Cleveland Browns have gone to overtime in three of their five games, as the play and confidence has improved, but this is a club that continues to struggle finishing games and has scored 21 or less points in four of their first five games. Unless Mayfield and this Browns offense is going to have a breakout performance, I'm not sure they have the firepower to match the Chargers score for score. In a toss-up situation, give me the Chargers and the better quarterback.