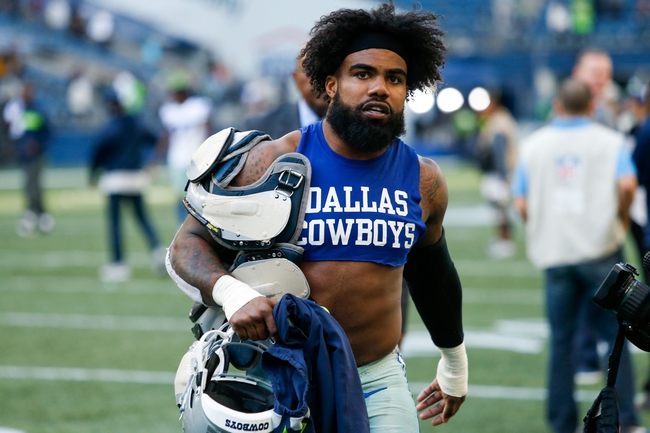 The Dallas Cowboys look to remain undefeated at home while getting back to a .500 record. The Dallas Cowboys have split their last eight home games. Dak Prescott is completing 61.8 percent of his passes for 961 yards, five touchdowns and four interceptions. Prescott has one or less touchdown passes in seven of his last eight games. Cole Beasley and Geoff Swaim have combined for 352 receiving yards and one touchdown while Ezekiel Elliott has 22 receptions. The Dallas Cowboys ground game is averaging 135.8 yards per contest, and Elliott leads the way with 480 yards and two touchdowns. Defensively, Dallas is allowing 19.2 points and 337.4 yards per game. Jaylon Smith leads the Dallas Cowboys with 41 tackles, DeMarcus Lawrence has 5.5 sacks and Xavier Woods has one interception.

The Jacksonville Jaguars have allowed 20 or less points in four of their five games and are easily the best defense in the league from a talent stand point. The Dallas Cowboys are 28th in total yards per game, 28th in total passing yards and despite averaging a second-best 5.2 yards per carry, they have just two rushing touchdowns on 130 attempts. Prescott has shown time and time again that he's not a difference maker at the QB position and this Cowboys offensive line isn't as good as its been in years past. When you see the Cowboys struggles and lack of talent offensively, you have to seriously question how they're going to move the ball in this contest. Yes, the Jaguars offense isn't much better and I'm not trying to back Bortles on the road anymore than you are, but the Jags defense vs. Cowboys offense is such a mismatch that I'm surprised the line is this low. Give me the Jags and the small chalk.