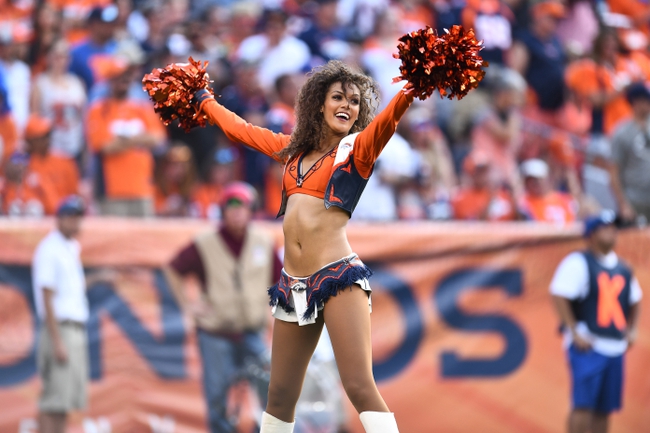 The Los Angeles Rams will visit the Denver Broncos on Sunday from Sports Authority Field in Week 6 NFL activity.

In the Seattle game, Rams QB Jared Goff logged 321 yards with one TD and two picks, while Todd Gurley carried the team on 77 yards and three TDs rushing. Robert Woods was the leading receiver for Los Angeles with 92 yards on five catches.

Over on the Broncos’ side, they’re sitting at 2-3 on the season. After opening things up with a pair of wins over the Seahawks and the Raiders, Denver has fallen in succession to the Ravens, Chiefs and Jets.

In the New York game, Denver QB Case Keenum posted 377 yards with two TDs and one pick, and Phillip Lindsay led the rush on 61 yards. Tops in receiving was Demaryius Thomas with 105 yards and a TD off five grabs.

The Rams were an early favorite as a Super Bowl contender, and it looks like so far things are going to plan. LA has been great at putting up points this year (which is absolutely necessary in today’s NFL), logging at least 33 in each game. If there’s a blemish here, it’s that the Rams have given up 62 combined points over their last two outings.

As for the Broncos, their three straight losses (two to pretty mediocre teams) have them on the skids right now, and they really need to get their defense shored up if they’re going to compete.

LA is red hot coming into this one and I have no issue taking them on a line of a TD or less.

The pick in this article is the opinion of the writer, not a Sports Chat Place site consensus.
Previous Pick
NFL Picks and Odds for Week 6 2018: Sports Pick Info Podcast
Next Pick
Dallas Cowboys vs. Jacksonville Jaguars - 10/14/18 NFL Pick, Odds, and Prediction